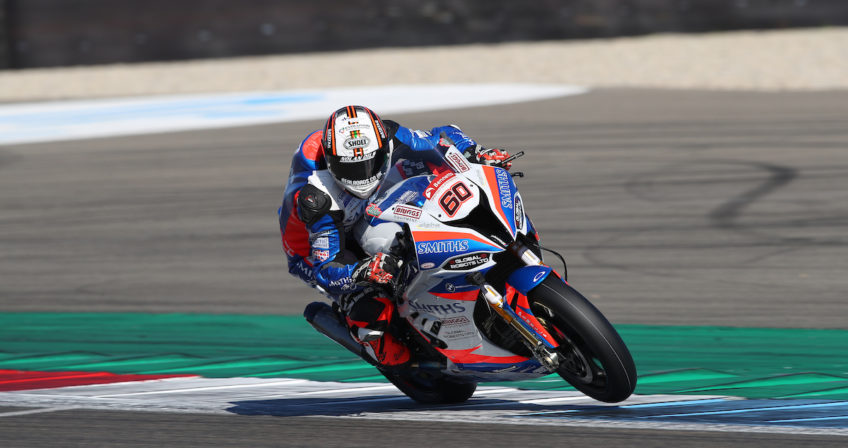 Peter Hickman suffered a tough start to the 2019 Bennetts British Superbike Championship Showdown. Taking P8 in both races at the famous TT circuit in Assen, Netherlands.

Free Practice and Qualifying were tricky, with Hickman just missing out on Q3. Taking 11th place he had to settle for row four on the grid.

Speaking after qualifying Hickman said: “It has been a tough weekend so far. We didn’t quite get the bike in the sweet spot for practice. Smiths Racing are working really hard, improvements in qualifying and we will push hard to get results in the racing tomorrow.”

Race one saw Hickman get a great start as he moved up four places on the opening lap. Settling into seventh position he eventually moved up into fifth by lap nine. On the eleventh lap he was pushed back into P8 and remained there until the chequered flag.

He said: “I learned a lot in that race and now understand where we are losing out more. It is only in a couple of areas where we lose a big chunk which makes the lap time a lot slower. We are nearly there but I was shoved out onto the green on the last corner on lap 11 and lost three places, I was as fast as them but didn’t have enough to get back past them.”

Hickman earned himself a row three start position for race two however was unable to make as much headway as he had in race one. He maintained P7 for the first half of the race but lost the position. Crossing the line in P8 for the second time he picked up a further eight championship points and has managed to bring the gap between himself and Tarran Mackenzie down to 10 points. Although still sixth in the rider standings he looks to improve on this at Donington Park in the penultimate round of the championship on October 4/6.

He said: “Two eighth place finishes isn’t ideal and not what we wanted or what we were expecting but it’s been a bit of a strange weekend to be fair. We thought we’d be strong this weekend but with some new parts and new things to try, it’s proven to be more difficult than we expected. The new parts we had will benefit us in the long term but, perhaps, compromised us this weekend, but we did move forward as the weekend progressed so that was positive. I think I was something like the third fastest rider on track in race two but the progress came a little bit too late in the weekend and when the grip levels dropped, I was losing a couple of tenths each lap which was just enough for me to drop back slightly. It is what it is and we’ve learnt a lot so will look to make a greater impression at Donington in two weeks’ time.”