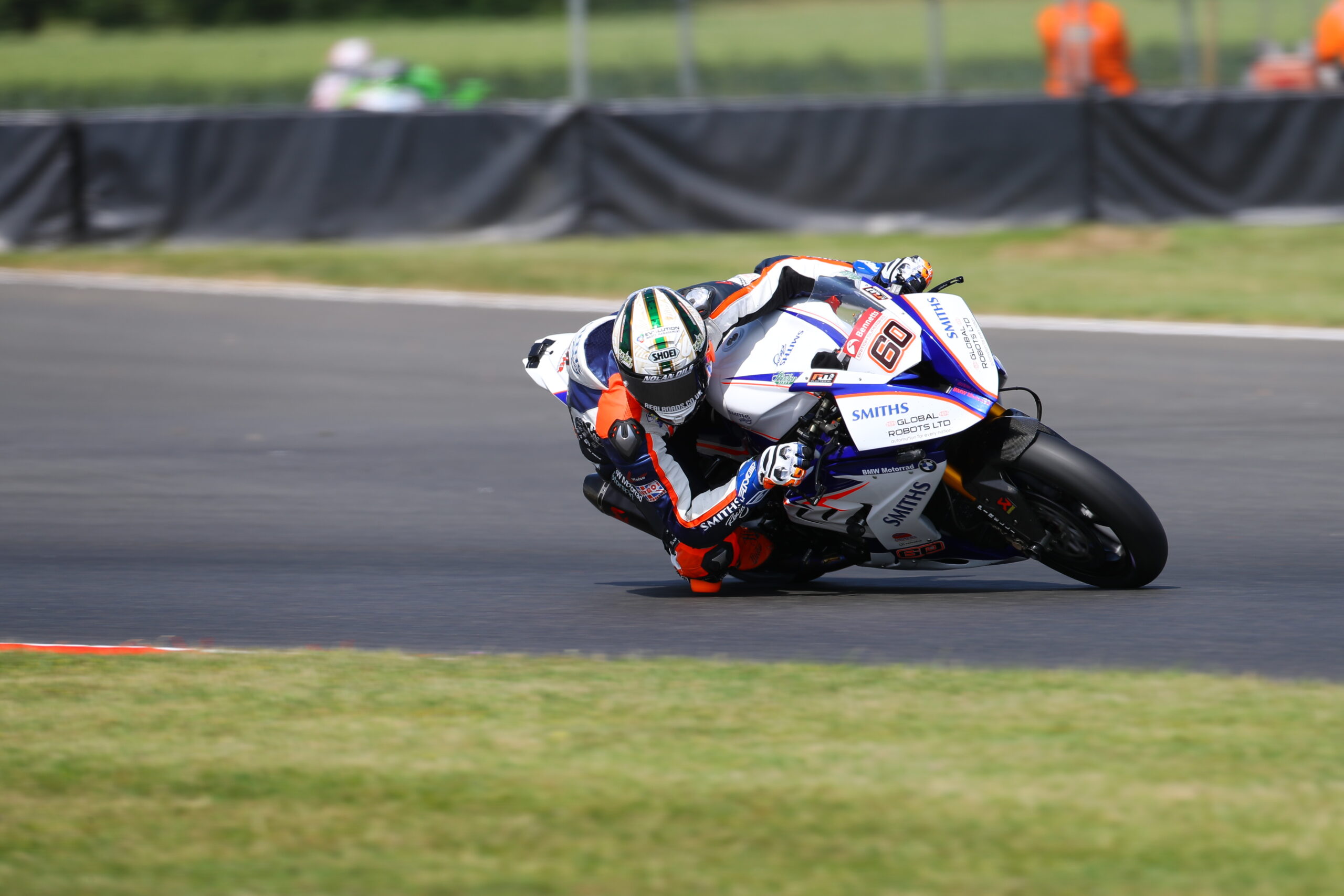 Just seven days after becoming the fastest road racer in history at the Isle of Man TT, Peter Hickman recorded a season-best result at Snetterton putting his British Superbike Championship hunt, back on track.

Not blessed with the glorious sunshine seen over the previous fortnight, Saturday qualifying was hard. With a cool track temp working against the Pirelli tyres, and only 0.3s splitting the top ten riders, Hickman couldn’t make it through to Q3 and settled for a sixth-row grid position in 17th place. Leaving a lot of work for the Lincolnshire rider to do around the 2.99-mile circuit.

Race One saw Hickman get a good start from the line and moved him up into 8th position before an incident at turn two brought the safety car and yellow flags out. Racing resumed three laps later, and Hickman continued to push, taking seventh place on lap 10. After a brief battle with James Ellison, Hickman took the chequered flag in 7th. A good start to the days racing.

Moving to the fourth row of the grid for race two, Hickman got another good start from ninth and by lap two had run into seventh. With a great battle from fifth to eighth, Peter kept pushing eventually claiming sixth from Laverty on lap five. This battle continued throughout the race seeing Peter cross the line in sixth position with a tiny margin of just 0.164 from Buchan in fifth.

Peter Hickman: “Qualifying is annoying. I’m fast, but I could be faster.  Snetterton was always going to be hard as it saw our poorest results in 2017 and it’s always tough to get your head from Road Race mode back into the technical detail of circuits. I’m happy enough with the weekend though and managed to rectify the qualifying in both races. I got a bit lucky in race one with a few riders crashing out and from starting in 17th, I was up into eighth after just a couple of laps! To come away this weekend with two good results is pleasing and while I’m still not in the position I’d like to be in, we’ve made good progress. It hasn’t been easy coming here straight after the TT, but the whole team has done a mega job, so hopefully, this kick starts our season.”

Hickman moves up the rider standings to 12th on 40 points and heads to Knockhill looking to improve this again, with the Smiths BMW Racing team on the 6th-8th July