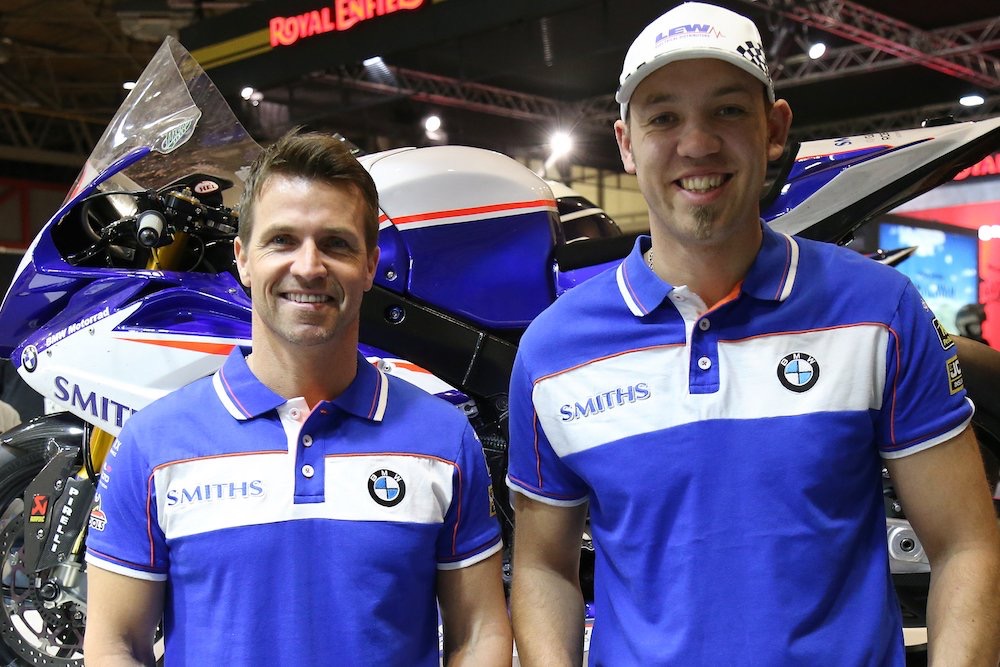 Smiths Racing BMW are delighted to announce that Peter Hickman and James Ellison will contest the 2019 Bennetts British Superbike Championship for the Gloucester-based team aboard the brand-new Smiths BMW S1000RR.

31-year-old Hickman from Louth in Lincolnshire remains with Alan and Rebecca Smith’s team for a third successive season having finished in an impressive fifth place in the 2018 Bennetts BSB series with a double podium finish at Thruxton to ensure qualification into the Showdown for a second successive season, from where he scored another podium at Assen.

Hickman had a stellar season on the roads too, winning at every major road race, including the Isle of Man TT Races, International North West 200, Ulster Grand Prix as well as this month’s Macau Grand Prix. Peter also claimed the outright TT lap record at 135.452mph on his way to victory on the Smiths BMW in the Senior TT race.

Joining him will be experienced Cumbrian James Ellison, who joins Smiths Racing BMW from rivals Anvil Hire TAG Racing. Originally from Kendal but now residing at Swadlincote in the Midlands, the 38 year old is a former World Endurance and double European Superstock champion who has just missed out on the BSB title in the past so is hoping his bad luck of recent seasons is over and he can rightly challenge, along with Hickman, for the crown.

The pair will have the very latest 2019 Smiths Racing BMW S1000RR machines at their disposal for the 12-round series which gets underway at Silverstone over Easter next year (19/21 April) with Team Co-ordinator Darren Jones overseeing the project on behalf of Alan Smith and his daughter Rebecca, who manages the team. Hickman will also contest the full closed roads programme once again as in 2018.

Peter Hickman:  “I’m absolutely over the moon to be staying with Smiths Racing for 2019. Myself, Rebecca, Alan and all the team get on so well and really gel as our results prove, so staying with them was always what I wanted. And now we’re welcoming James into the fold too, someone I’ve worked with before in 2016 and we got on great, he helped me a lot that year and I really think we’ll motivate and push each other. He’s a championship contender and so am I, so between us we have one of the strongest teams on the grid and to say I’m excited is an understatement. Along with all that we have the new Smiths BMW S1000RR which looks absolutely stunning and I can’t wait to throw my leg over it in testing before it gets real at BSB and on the roads.”

James Ellison:  “First of all I just want to thank Alan, Rebecca and Darren for giving me this opportunity. I had an incredibly difficult 2018 season for various reasons, we had great pace but were lacking one key component that stopped me from getting the results which both myself and the TAG team were capable of. They are such a friendly, family-run team that made me feel so welcome, so I want to say a huge thank you to them and I wish them the best of luck in the future. I figured it would be impossible to call 2018 my ‘last’ season in BSB after having so many successful seasons fighting for the championship and it is just not in my nature to walk away knowing I can still fight for the BSB title given the right tools. The Smiths Racing BMW team have had another strong season with Hicky proving they are true title contenders and I’m delighted to be teaming up with Hicky again. We are really good friends  off track but of course tough rivals on it and I believe we will push each other all year and work closely together to speed up the development of the all-new BMW S1000RR. The support from the fans has been incredible, even when I was struggling, which means so much to me and I can’t wait to start testing in March.”

Rebecca Smith, Team Manager:  “It’s fantastic to get our plans sorted early so we can concentrate all our efforts on the 2019 season. Peter has again done a brilliant job for us both at BSB and on the roads this year, so we are delighted to work with him again next year for a third successive season. James is a top quality BSB rider with huge amounts of experience which will be a massive help in developing the new bike and ensuring both sides of the garage are competitive. There is a refreshing buzz about the impending season within the team and we are really looking forward to testing in readiness for the opening round at Silverstone next Easter.”