On A Dutch Roll: Weekend of success at Assen 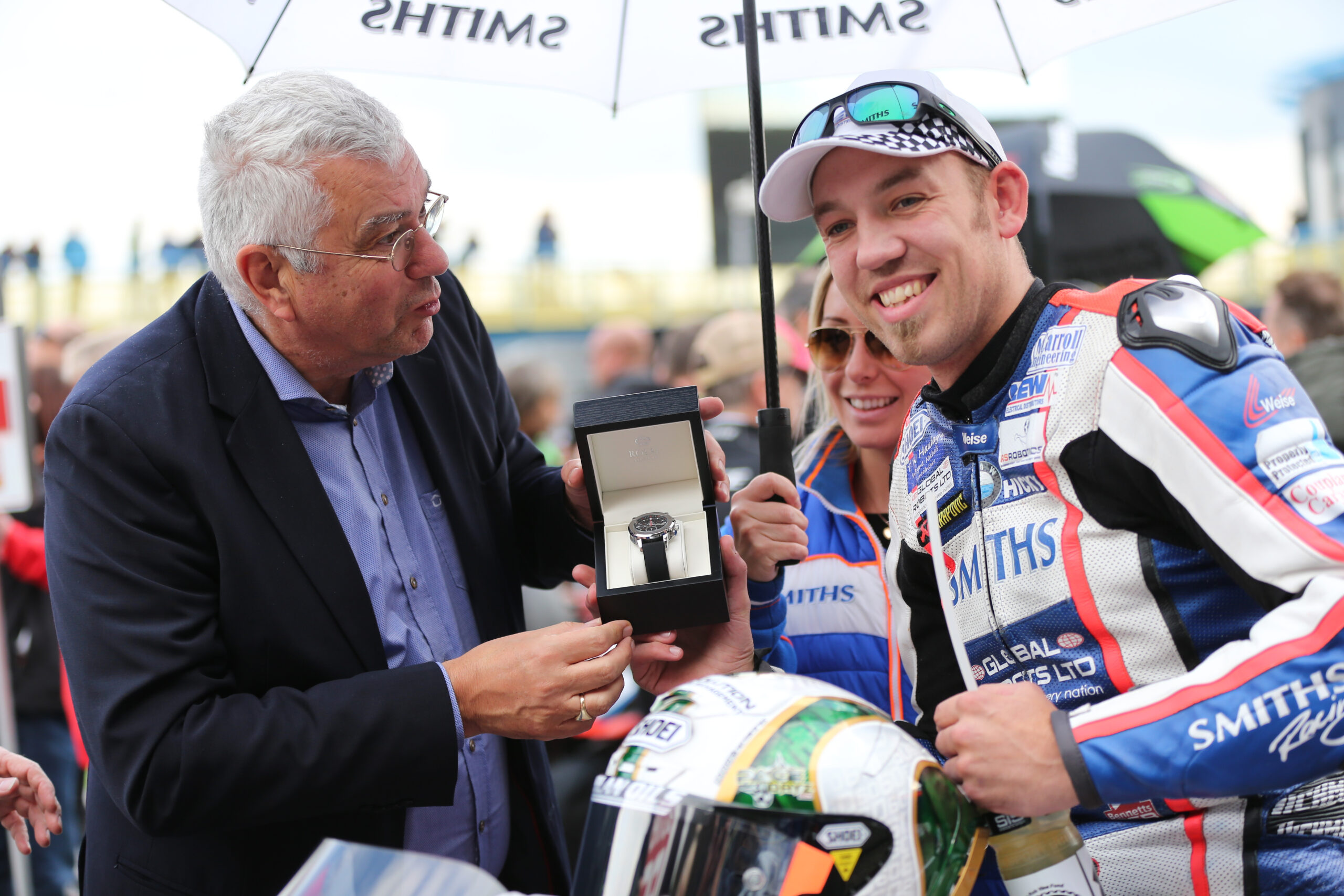 Peter Hickman takes a lap record, pole position and a podium at round eleven of the Bennetts British Superbike Championship in Assen, Netherlands.

The penultimate round of the 2018 championship saw Peter and Smiths Racing, in fine form.

With strong results in all of the free practice sessions, Peter secured a fourth row start during qualifying. He made a fantastic start to race one placing him in 4th by the end of the first lap. Lap two saw Hickman dive under Haslam to take third place. Haslam reclaimed the spot on lap five. On lap sixteen the Louth-based racer made a charge on fellow showdown contender, Jake Dixon. In contention for a podium, Hickman made a gearing mistake allowing Dixon to reclaim the last spot on the podium by 0.38s. Peter took P4 and set a new lap record of 1:36.435 giving him pole position for race two.

Another fantastic start saw Hickman establish a significant lead in race two at the Assen TT Circuit. Sadly, an incident brought out the safety car, and the following pack were able to reel him back in. Remaining under yellow flags for three laps, it was vital Peter was quick off the mark when racing resumed. The safety car lights went out very late, and Peter capitalised on an unprepared field behind him. Pulling a good lead over Dixon and Brookes, Hickman was able to hold his position until Dixon reeled him in on lap 10. Looking ready to pounce, Peter was given a reprieve due to Dixon suffering a mechanical failure. Brookes, however, was on a charge and managed to pass the Isle of Man TT lap record holder, on lap 11. Haslam then passed Hickman for P2.

When the chequered flag dropped Peter crossed the line in P3, celebrating the podium with a wheelie across the line.

The weekend’s successes at Assen, put Peter in hot contention for P3 in the overall championship. Currently sitting in fifth with 549 points, leaving a gap of 4 points to Glenn Irwin and 8 to Josh Brookes.

Peter Hickman: “As ever, first thoughts go to the guys involved in today’s incidents.

Smiths Racing have worked so hard to fix the issues that have plagued us since Silverstone. They have done a mega job, and she feels fantastic. A new lap record proves the team have nailed the gremlins and highlights how fast we are. We spent a lot of time on the dyno, we’ve tested at Cadwell Park, and here, at Assen, we are delivering the results we deserve.  I still need to up my game in qualifying. I made a small mistake in race one, which was so frustrating. We opted to use the soft tyre which did well here, although towards the end in race two I spun the tyre on the rim, so rode the last six laps with the bike chattering as the rear wheel was out of balance.

We’ve got the pace; I have a fantastic team behind me. We go to Brands fighting for third place in the championship!”

Hickman now heads to Brands Hatch in two weeks for the title-deciding tripleheader.