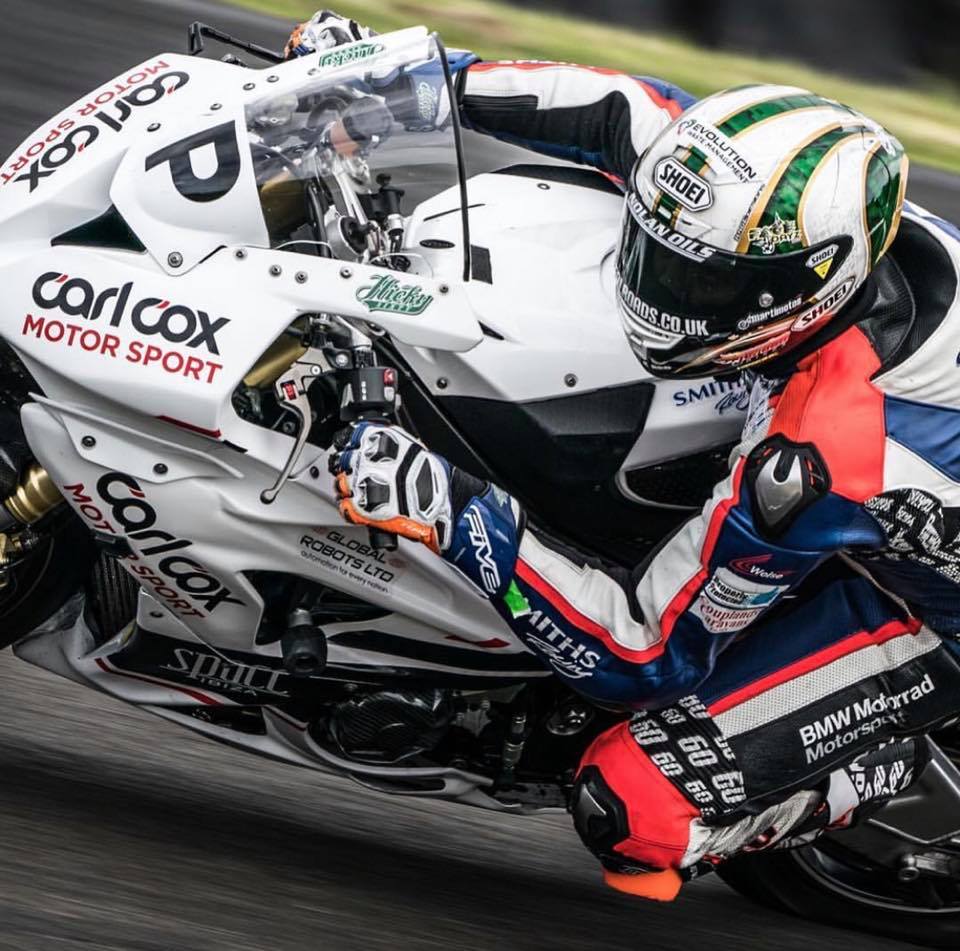 Peter was invited to ride a BMW S1000RR in the Suzuki Series in New Zealand over the Christmas period. Having never ridden a single circuit of the three round series, he managed a brace of strong results which saw him emerge as joint runner up before taking the win in the Robert Holden Memorial Race.

Round one of Suzuki Series was at the Taupo circuit where Peter recorded a 14th and fifth place in the two races.

Peter Hickman: “Well race day didn’t quite go to plan. After qualifying in fourth place I got a good start to race one but on lap two I was punted off into the gravel and rejoined in last place to complete the race in 14th!  In the second race I struggled for grip with track temp over 60 degrees but overall I loved it!”

A week later the Series travelled to Manfield where Hickman won both of the day’s glamour Formula One Superbike races and looked comfortable doing it, rocketing up from 11th overall after the Taupo opener to now be placed third in the series standings, just eight points behind defending Suzuki Series champion Scotty Moir, of Taupo.

The final round was at Wanganui at the famous Cemetery road circuit on Boxing Day where he aimed to join a handful of racers from the UK to be victorious at the event known as the Southern Hemisphere’s Isle of Man TT. He completed the final two races of the series in eighth and third which was enough to see him secure the series runner-up place in the class. A fantastic result for his first outing in New Zealand

Rounding off this month of Kiwi action was the Robert Holden Memorial Trophy run over 10 laps of the Cemetery circuit where he was stuck in traffic at the start and had his work cut out to get on terms with the leader.

Scotty Moir was out in front and fast disappearing into the distance, setting a lap record in the process, while Hickman was back in about seventh position.

Hickman dramatically cut his way towards the front and, on the final lap he pounced on Moir, catching him unaware and snatching the win by 0.297s at the flag.

Peter Hickman: “I got baulked a little bit at the start and Scotty (Moir), to be fair, had just cleared off. I came through the pack and when I got near the front there were probably only two laps left. I was really in the groove and doing my own thing and then I saw that I was closing in loads on Scotty.”

“I thought it might be possible to catch him so just kept my head down and when he came out of the second-to-last corner he didn’t really gas it as much as he probably should have done; he braked slightly early for the last turn and I went straight underneath him to become one of only three riders to win as a newcomer since 1951.”

“I’m massively happy for the Carl Cox Motorsport crew because they have put in so much work. And thanks to the Cemetery Circuit and Suzuki Series’ man Flea Willacy for getting me over here. If all the cards fall right, I’d love to come back.”

Peter now returns to the UK before heading out for some Texas Tornado action in February.