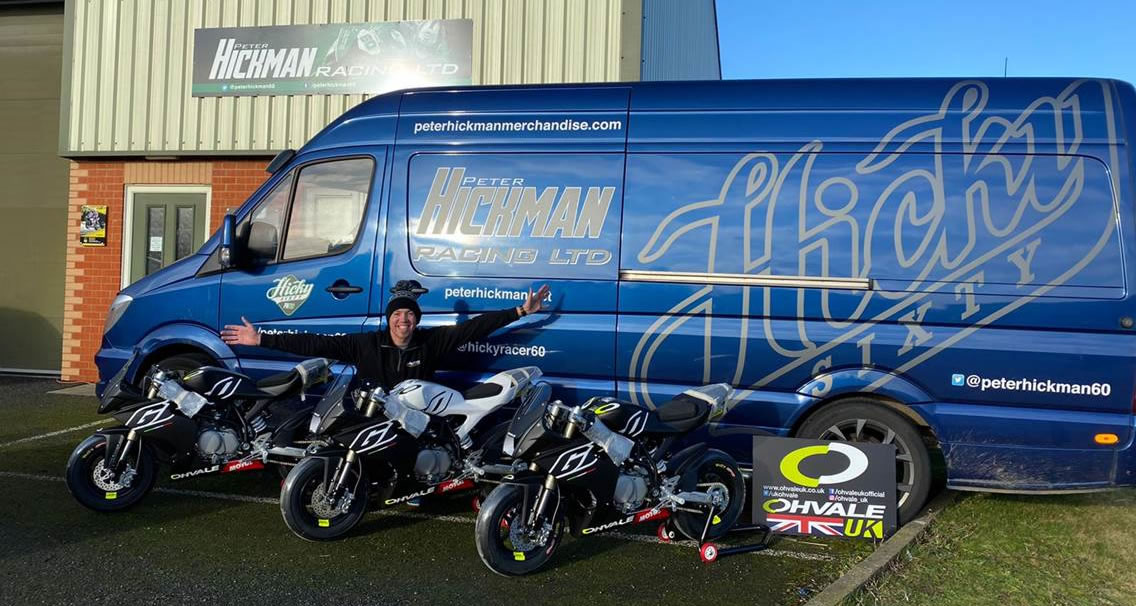 Ohvale UK is owned by myself, Peter Hickman. 5 x Isle of Man TT winner, BSB race winner and currently the fastest road racer in the world, i run the company out of my race workshop in Lincolnshire, the same place where my TT and BSB race bikes are prepared.

Ohvale UK was formed in late 2019 after first finding and riding these mega little bikes in early 2019 while at the Texas Tornado Boot Camp. My good friends Brandon Cretu, an ex TT racer, and Brian D’Apice are the importers in the USA. They brought the bikes down for us to try as we always have a day on tarmac at the Boot Camp. I couldn’t get over how good they were to ride and the quality of the product so I needed to find out more.

Brandon introduced me to Ohvale in Italy and while talks were going on there I had also contacted the two main minibike championships in the UK about setting up a proper junior championship, an academy style programme to bring on future talent in the correct way – something we are hugely lacking here in the UK! I had also got my hands on my own GP-0 190cc Daytona to practice on when not racing my big bikes!

I flew over to Italy to meet Ohvale and discuss everything about the GP-0 project and have a look around the factory. I was very impressed. The people there are very knowledgable and have been in the motorsport industry for a long time, so have lots of experience.

Their whole ethos is about producing a quality racing machine that is affordable, robust and easy to use, something I could definitely get behind! All Ohvale motorcycles come with a sealed engine, which personally I think is awesome as it means every rider has the same opportunity and it’s not the person with the biggest wallet that wins. All the classes across the world run to the same rules and this means that riders from here in the UK can go and race over in Italy, Spain, France etc… with their own bike and be eligible and competitive, as well as foreign riders coming here too!

After being at Ohvale I was even more convinced that they were the right people, with the right product, to help bring on future champions here in the UK in the fairest and most cost effective way possible.

I had by this time spoken more in depth with Alan Lord at the BMB, British Mini Bikes Championship. Alan was also very keen on designing an academy style championship for juniors with some natural progression through the classes and being coached by professionals, such as myself. I could see he was passionate about it and wanted to do it in the correct way so by October 2019 we were pretty much set to hit the go button with the MiniGP Talent Cup, which also incorporates the first Ohvale UK Cup with the 110cc bikes for 8-12 years olds.

I finally had the contract with Ohvale Italy to be the official UK importer in November at the Eicma show where I again met with all the staff at Ohvale, they are also excited about the UK project and are right behind me in making it work.

Already you will have seen a lot of the professional riders using Ohvale GP-0 bikes to train on. In the UK at the moment there are the likes of Tommy Bridewell, Richard Cooper, Dan Linfoot, Lee Jackson and Kyle Ryde just to name a few!! Many GP riders and WorldSBK riders are using them as well.

Take a look at the bikes right here: https://peterhickman.net/ohvale-bikes/