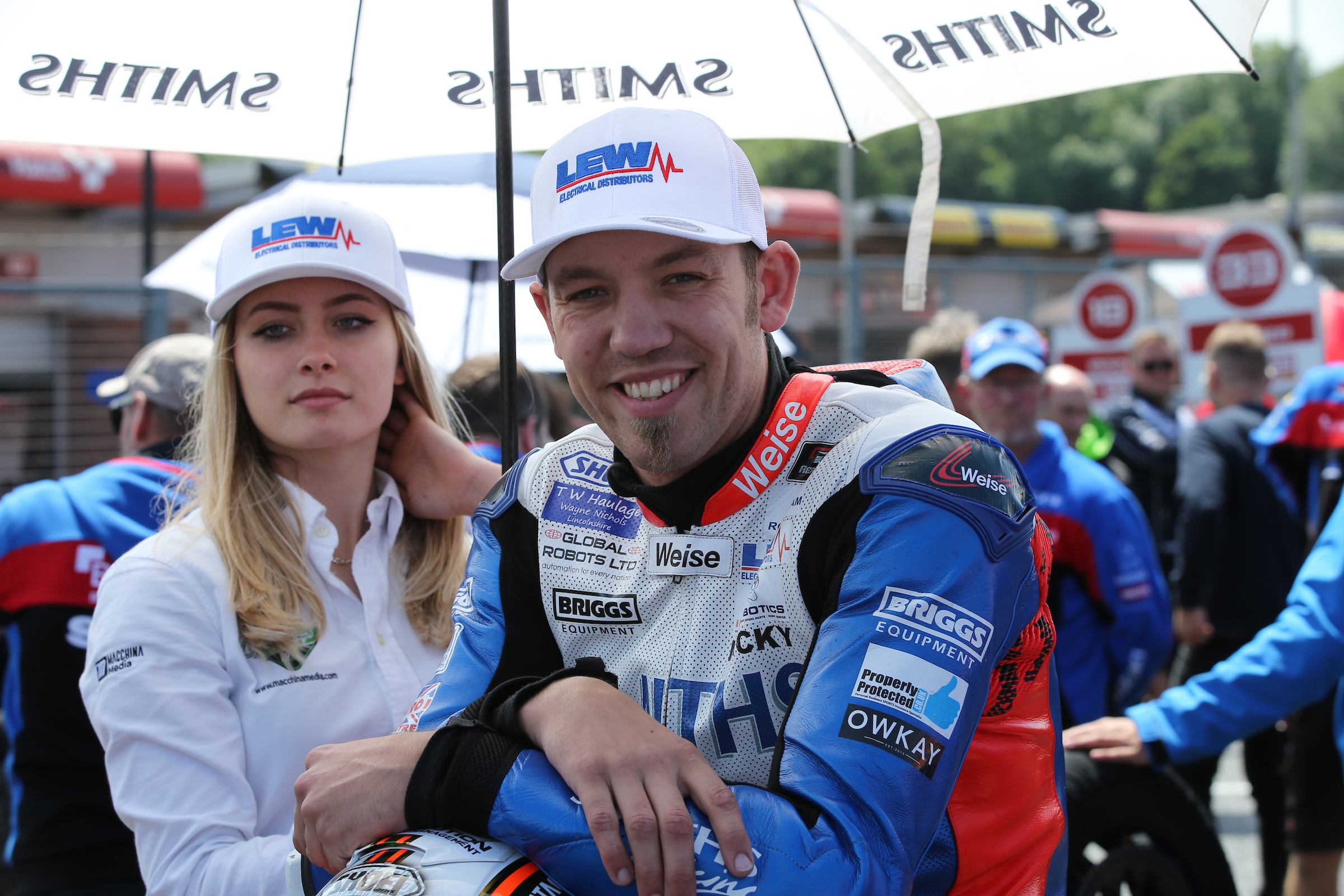 Heading straight into a British Superbike weekend, from his success at the Isle of man TT, Peter Hickman earned a great haul of points on his Smiths Racing BMW S1000RR. Taking Fifth and Seventh at Brands Hatch and closing the gap to Tyco BMW’s Christian Iddon.

Good weather meant track conditions were ideal for both practice and qualifying sessions. Peter managed to put himself in a strong position for race one, qualifying in seventh. Unfortunately rain mixed things up on Sunday and the first race was on a wet track, under a beautifully sunny sky!

Peter had a great start to the first of the 20 lap races and moved up the order eventually crossing the line in P5, his best result of the season and giving him 11 championship points

The second race was run in dry conditions and the pace was hot. Hickman was seventh on the opening lap and passed Glenn Irwin on lap three to take up sixth place. He held station until lap 16 when Christian Iddon snatched his position and he had to be satisfied with seventh place at the flag to earn another nine championship points.

Peter Hickman “It’s been a very good weekend for both myself and the team and although it was a bit of a culture shock coming back to the short circuits after the TT, I had two good races. I struggled a bit in practice initially but made a breakthrough in qualifying and went on to pick up some good points. Race one saw very changeable conditions and although it would have been nice to have got a podium, fifth place was a good result especially as I haven’t ridden the new Smiths BMW much in the wet. Seventh in the second race was ok but having arrived in 12th in the standings, I’m now in eighth and a lot closer to the top six so we’re slowly but surely getting close to where we want to be.”

Peter and the Smiths Racing team now head to Knockhill, Scotland for Rd 5 of the British Superbike Championship.

Be the first to comment “Brands Hatch BSB” Cancel reply