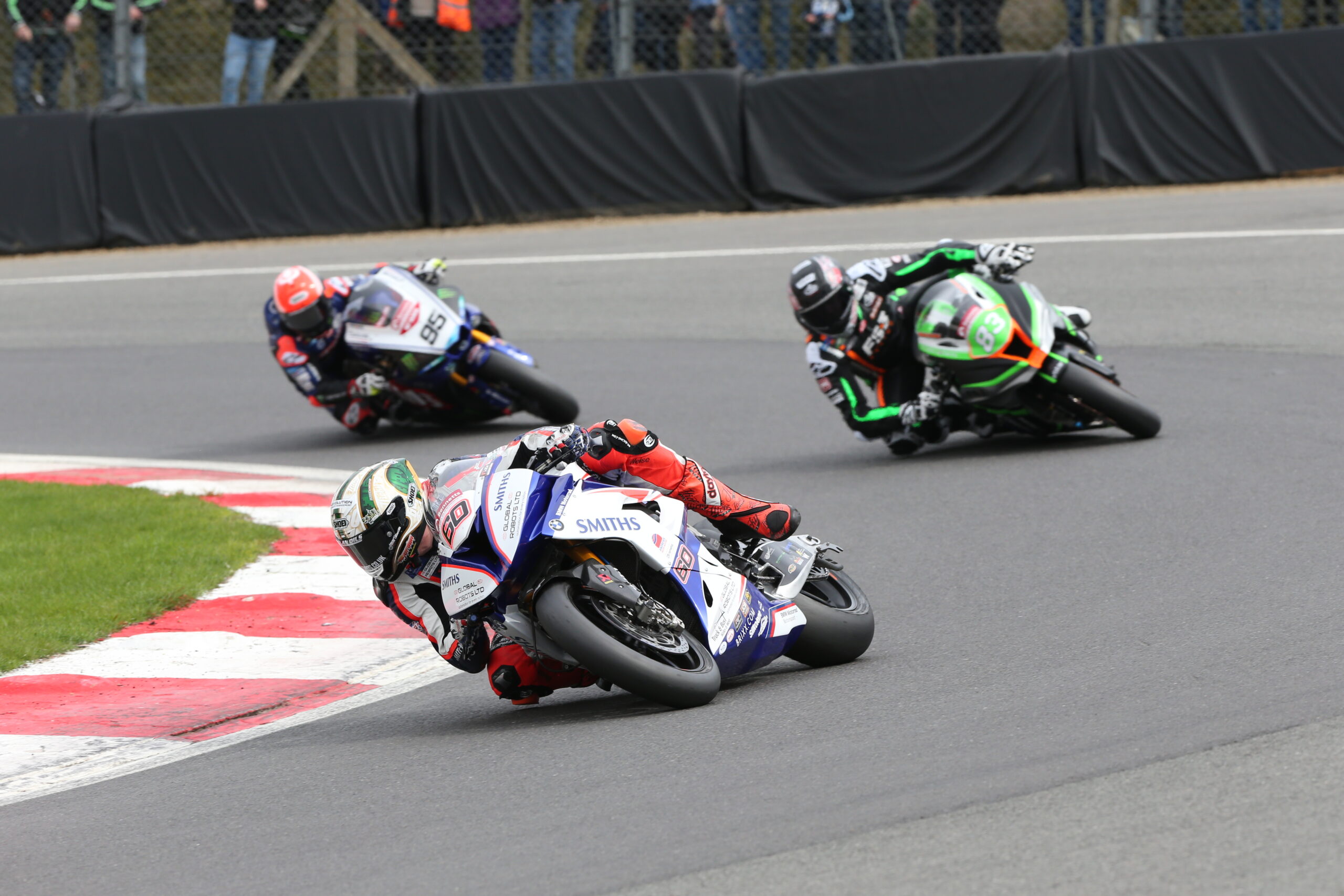 After a challenging opening round at Donington Park, Round 2 of the Bennetts British Superbike Championship proved to be equally as testing. With a tenth place finish in the opening race, Hickman collects some more points in the championship and heads to Oulton Park hoping for more.

Friday’s free practice saw mixed conditions but consistent times from Peter as he played with the set up of the Smiths BMW1000RR. Heading into Saturday gave the team a more positive outlook with a warm and dry track. During qualifying, Peter set his quickest ever lap of the Brands Hatch Indy circuit. At 45.502s this placed Peter in 14th on the Grid showing how close the riders were on pace, only half a second between the pole lap and 14th position.

Sunday’s 30 lap race saw a colder air and track temperature but dry conditions at the Kent circuit. Race one saw Hickman settle into a good pace and make some great overtakes. Claiming six more points for his championship, he took the flag in 10th position.

Race two saw the track temperature drop and weather start to draw in. Starting 10th on the grid, Hickman made some sharp passes to claim 8th position, although we saw a red flag on lap seven due to rain. Heading out on the restart in full wets, put Hickman in unfamiliar territory. Due to the damp conditions he eventually slipped back to 14th place. Gaining only 2 points and placing him 15th overall after a very tricky two rounds.

Peter Hickman: “Our pace is strong, which is frustrating because I know we can be up there fighting for podiums. Qualifying is causing me the issues and means I have so much work to do in the race. Race one was ok. I struggled at the start but got the rhythm going. Tenth place sees points on the board at least. The team and I made some changes to the bike before race two. It felt ace, but when the rain came in, I just couldn’t find the right setting. Frustrating when I know I am strong in the wet weather. The results aren’t reflecting what we can achieve. We’ll continue to work hard and focus on putting the bike where it should be. It’s a long season so plenty of opportunities ahead.”