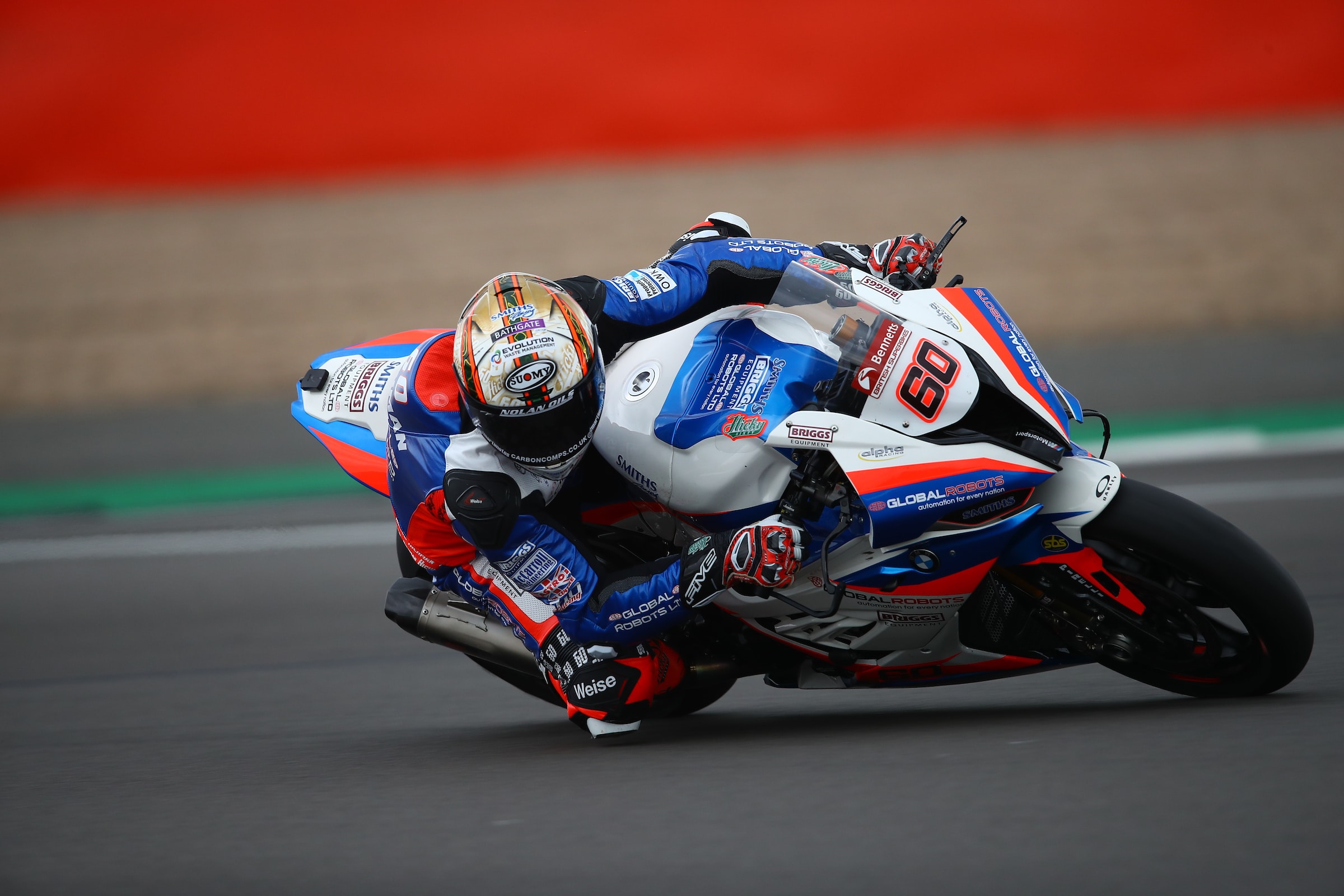 Silverstone proved another challenging weekend for Peter Hickman aboard the Global Robots BMW Team by Smiths Racing machine, with a lack of grip preventing him from showcasing his true potential. The weekend was marked by a big crash for team mate Alex Olsen, with Hicky and his entire team send their best for a speedy recovery.

The short Silverstone National circuit played host to the third round of the 2020 Bennetts British Superbike Championship, and it was another mixed weekend for Peter Hickman and the Global Robots BMW Team by Smiths Racing. 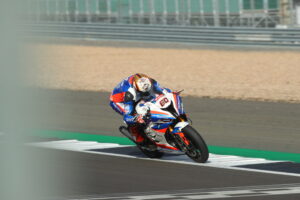 After making progress with set up at the previous round, Hicky was confident of a better showing in this weekend’s three races. After setting the tenth fastest time in combined practice, it was a disrupted qualifying Saturday afternoon which saw a red flag bringing the session to an early close and Hicky languishing in 17th having been unable to set another flying lap.

Facing an uphill battle for the opening race, Hicky was able to continue his trademark good start, immediately claiming a few places. However, unfortunately for the Superbike Star he struggled with rear grip aboard his BMW S1000RR which made it difficult to fight with the riders around him. Fighting through the issues, Hicky was able to claim 14th position at the chequered flag.

After finishing in fifth during morning warm up, confidence was high for two stronger results in Sundays races. Starting from 16th on the grid for the second race of the weekend, he was able to climb up to 14th by the end of the opening lap, steadily progressing forward to eventually finish 11th.

The final race of the weekend saw Hicky starting from 15th position. Entering into a race long battle with Ray, Rea and Francis, he eventually secured 15th position at the flag.

“To say it’s been a tough, and frustrating, weekend would be an understatement and firstly my thoughts are with Alex; I really hope he’s back fit and well soon and with us in the garage.

With regards to my weekend, we’ve made every possibly change you can think of but the feeling with the bike has still been the same and the tyre change for 2020 has really hit us and the bike hard. With the amount of changes we’ve made, it’s hard to know what else we can do and all the other BMW riders seem to be in the same position.

The bike itself doesn’t feel too bad but we’re just not fast enough or competitive enough so it’s a hard one to take right now. The amount of hard work from the team has been unreal so that’s what we’ll continue to do”