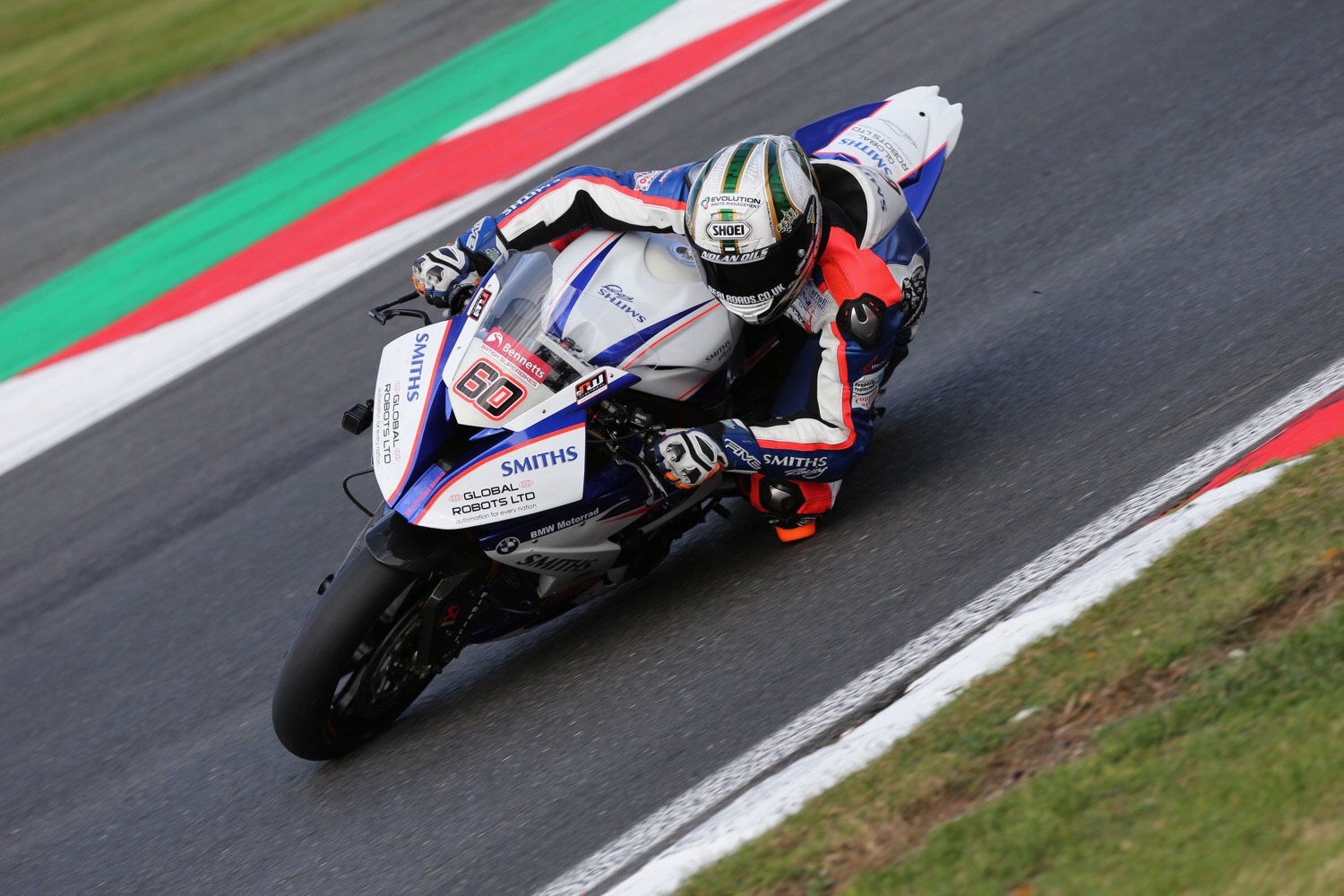 After a long and exciting season of the Bennett’s British Superbike Championship, Peter Hickman has finished 5th in the overall rider standings, making Smiths Racing the most successful BMW team for the second year in a row.

The weekend started with Hickman placing his BMW S1000RR within the top 7 of the timing sheets in all free practice sessions. Under excellent conditions, Peter enjoyed a successful qualifying.  Earning a second-row position for the start of the first of three races.

On Saturday, in race one, he made an excellent start moving straight into fourth place then pushing past MacKenzie on lap three to take P3. As the race progressed the Smiths Racing BMW looked quick, and Hickman went to make a pass on Dixon on lap eight. He ran wide, opening the door to A Irwin and MacKenzie, demoting him to P5. He eventually took the chequered flag and 11 championship points, moving him to within six points of championship rival, Josh Brookes.

Race two on Sunday was staged under terrible conditions. With heavy rain making visibility poor and giving the riders a very slippy track. From the second row of the grid, Peter made a cautious start, followed by a wobble on Graham Hill Bend. He dropped down the field to 15th. As the race developed Hickman settled into the conditions and picked off riders, making his way to P10 on lap eight. With the conditions catching out so many riders, Peter’s consistency of finishing races gave him a sixth-place finish. The gap to Brookes in the Overall rider standings was now just 3 points.

The final race of the Bennett’s British Superbike championship was a difficult one for Hickman. With no improvement to track conditions, Peter pushed through the field, pulling a gap over both championship rivals G Irwin and Brookes. With riders falling and running wide, he eventually found himself dropping through the pack, and a small mistake saw him lose position to Brookes. A retirement from Irwin came too late for Peter to capitalise on, as the lead pack were a long way ahead. The chequered flag dropped for the last time in 2018 with Hickman in P9, securing him P5 in the overall championship with just 11 points between himself and P3.

For the second successive year, Peter Hickman and Smiths Racing have been the top BMW Motorrad team. Securing them a place amongst the brand’s rivals in the showdown and delivering a top 5 championship finish.

Peter Hickman: “Really happy to have finished both races today! Myself and Smiths had a tough start to the year, but we managed to turn things around. All credit goes to the team for that.

P5 in the championship isn’t what we were hoping for but to be so close to 3rd at the final round is excellent. It’s also good to be putting a BMW into the mix.  Smiths Racing know how to deliver the best set up on this bike.

I want to thank all of the team, all the team’s sponsors and my personal sponsors for everything this year. It’s been awesome. I also want to say a special thanks to the fans who make such an effort to watch the races every weekend. Also to the Orange Army, who volunteer their time regardless of the conditions and make the races run smoothly all season.”

Hickman now heads to Macau GP aiming to take his third win at the prestigious event.