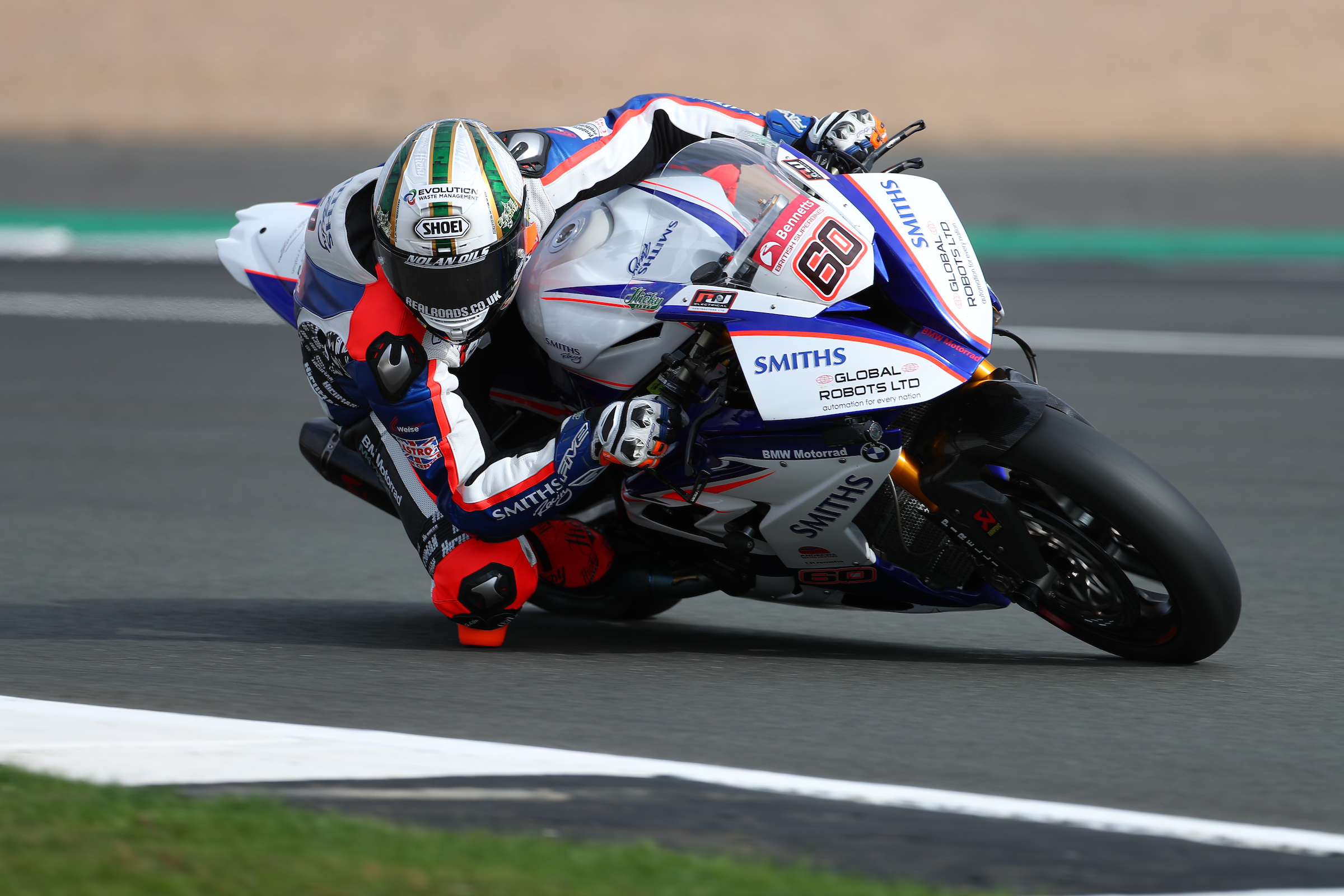 Peter Hickman and Smiths Racing retained the final showdown position after a controversial and dramatic weekend at Silverstone Circuit.

The build-up to this weekend’s Showdown decider set the tone for a dramatic race weekend. A decision taken to use the National circuit, after Moto GP’s cancellation, sparked controversy amidst the paddock and amongst fans. The weekend’s practice sessions set the scene for what was to become, arguably, the most nail-biting racing of the season.With riders and teams used to the longer GP circuit at Silverstone, everyone was fresh to the 1.6-mile National layout.

Qualifying was complicated by poor weather. The damp conditions made Q1 a thrilling battle. With Peter sitting in P22 just 3 minutes before the flag, things started to look concerning. However, he finished the session in P1, 0.5 seconds ahead of the pack. Unfortunately, as the track conditions improved, Peter was unable to get his TT Winning Smiths Racing BMW S1000RR in a good position which resulted in a 5th row start for race one.

Saturday’s race one started well for Hickman.  He was able to move through the midfield and finish the race in P8. Picking up eight championship points and extending his lead over Danny Buchan for the last Showdown position.

Sunday’s race two looked more promising. With Hickman confident of the BMW’s speed, he was optimistic of a strong finish. Starting from the 4th row on the grid, he made another clean start. By lap 12 had carved his way through the field into P9. Amidst an exciting battle for points, crowds were shocked to see the BMW rider pull into the pits. The result a DNF due to a broken oil sensor switch.

With everything to play for in the final race, it was vital Peter finished in the points. However, as the riders came back onto the grid after their sighting laps, Peter pulled into the pit. The bike had developed a temperature sensor issue which meant fuel was flooding into the engine and causing the motorcycle to choke. As the lights went out for the race start, Peter left the garage and joined the race half a lap behind the field. A fall from Luke Mossey gave the Louth-based rider a lifeline, with the race red-flagged Smiths Racing had time to rectify the issue and managed to get Peter back onto the grid for the restart.

Delivering a masterclass ride, Peter carved his way through the track. Seemingly happy with the groove he had found. Eventually, he passed Bradley Ray for P7 and looked set to lockdown his showdown place with a reasonable margin of points. Sadly, this is where his luck ran out. 5 laps from the end of the 26 lap race, his gear lever broke leaving Peter stuck in 3rd gear and only able to cruise around the circuit. Finally finishing his race in P19.

Hickman managed to secure his place in the Bennett’s British Superbike Championship Showdown, for the second year in a row.

Peter Hickman: “Wow. What a weekend. What a show for the fans. It’s weird to say, but we were both lucky and unlucky at the same time. However, we’ve done it.

I want to thank Smiths Racing for giving me a fantastic bike and for all the tremendous work this incredible team does. We are the only BMW team in the showdown, and this is our second showdown in two years. All of the sponsors and the fans have been fantastic and supported us through the highs and lows of our season. We’re a really busy, small team and this year has really shown the determination and talent of everyone that gets me and ‘Eileen’ on the grid each weekend. Now, we have to get our heads down and push forward to deliver strong results in these final rounds.”

Hickman now heads to Oulton Park for Round 10 of the British Superbike Championship on the 14th-16th of September.