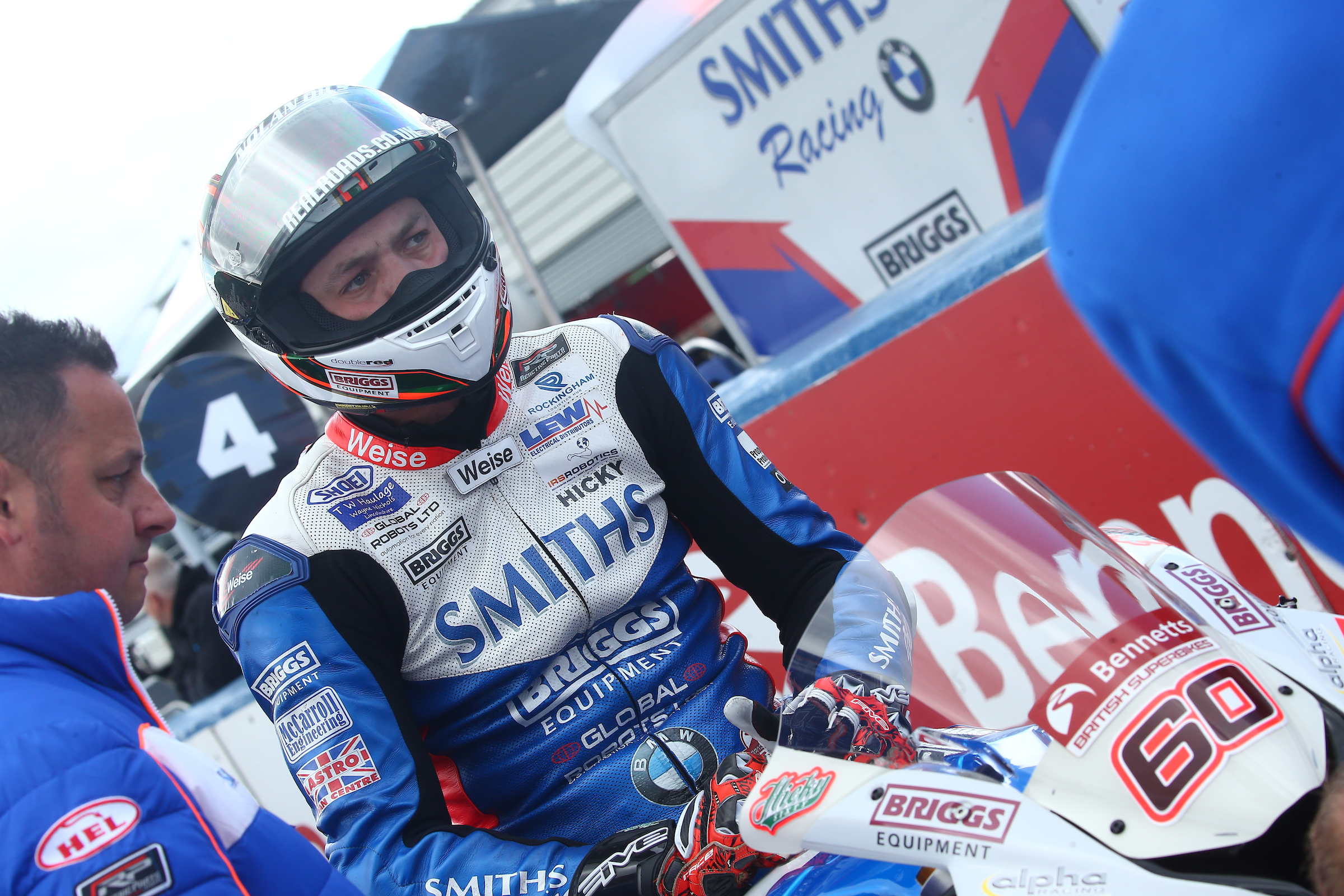 Weather can be very unpredictable at Knockhill and this year didn’t disappoint. Smiths Racing continued development of the all-new BMW S1000RR, unfortunately setting themselves back a little in day one of free practice. However, free practice three saw Peter improve and find a comfortable setting on the bike.

After dry weather all weekend, the heavens opened just before the Datatag Extreme Qualifying. The session was delayed, but eventually took place at 18:00 with a revised 40-minute single qualifying. Unfortunately, Peter couldn’t get the BMW S1000RR to perform and eventually qualified in P18. Giving himself a row six start for race one, and a lot of work to do.

During Sunday’s warm-up, on a dry track, Peter put the Smiths Racing BMW in P2, just behind Gloucester’s Scott Redding. Rain and wind caused pressure ahead of race one. Eventually, a dry race was declared, and the teams arrived on the grid. There was a good dry line, however with riders on slicks, overtaking would be extremely tricky.

Hickman got a good start and pushed his way up into P15. By half race distance, Peter had moved up to P11 where he remained until the chequered flag. Bringing him to within 10 points of P7 in the championship.

Race two delivered a dry track and Peter had managed to secure P7 on the grid. Peter got a great start and rode a strong race. With the safety car out for a few laps, Peter did find himself pushed down to P8 at the halfway point. However, he soon regained the position and started the hunt for P6. The race was cut short on lap 25 when Bradley Ray’s Suzuki expired, right in front of Hickman, which resulted in a red flag and results declared. Peter took sixth place and 10 championship points which, along with the five picked up in race one move him up to joint seventh in the rider standings and just one place from the top six for the BSB Showdown.

Peter Hickman “It’s been a bit of a tough weekend and I’ve struggled in a couple of areas on the track which were losing me a lot of time. The bike worked well in the wet at Brands Hatch but not here so 18th in qualifying was far from ideal, and it made life difficult in race one. Given where I started, 11th wasn’t a bad result and I had a much better starting position for race two, which made a big difference. I was losing a lot of time going into the Hairpin due to this inherent issue we’re having with the brakes, but I managed to get sixth and are now joint seventh in the championship, so we’re slowly getting there.”

Peter now heads to France to ride for Dunlop Tyres with EMC 37 on the 2018 S1000RR BMW, before returning to take on round 6 of the Bennetts British Superbike Championship at Snetterton Circuit.