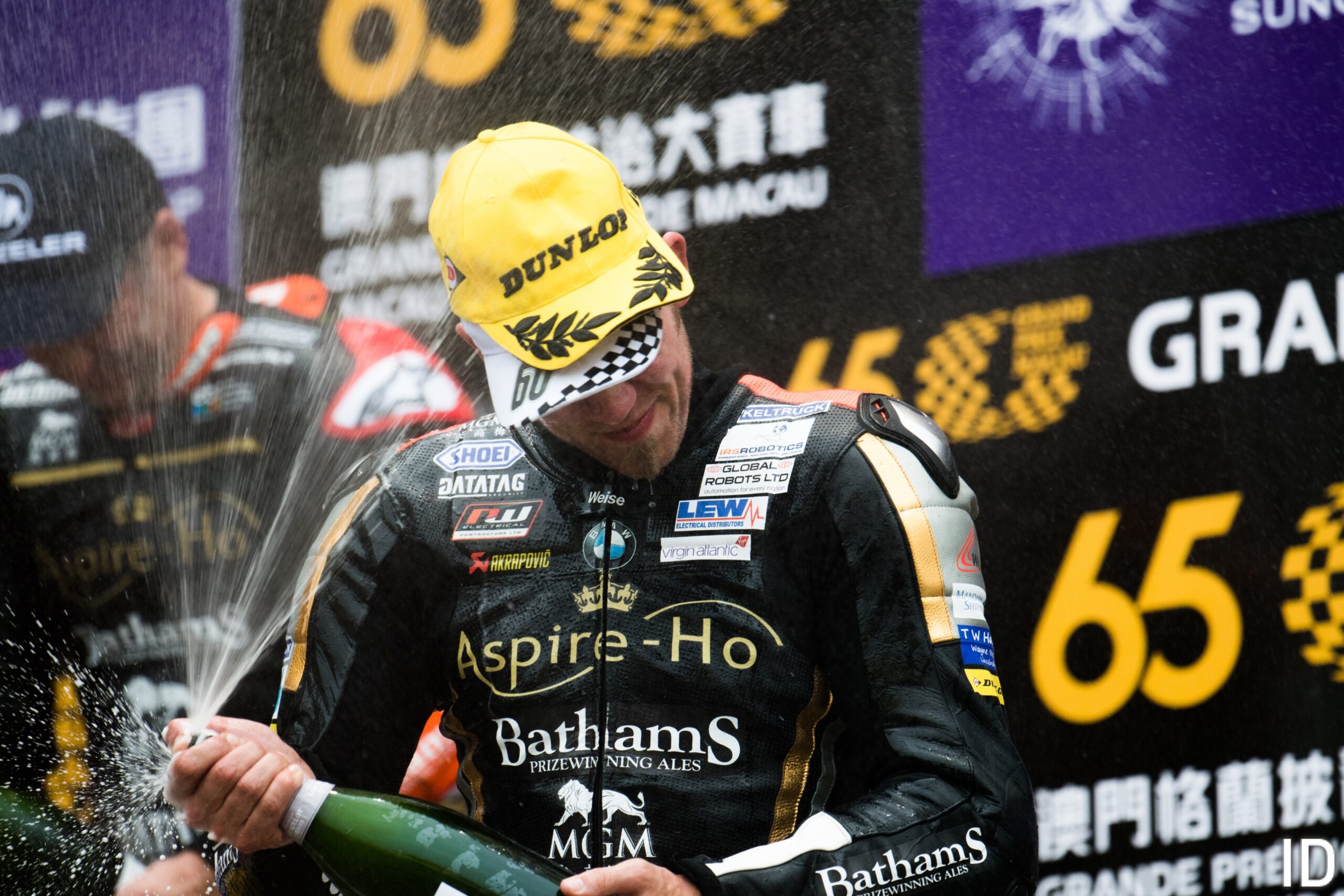 Peter Hickman takes third title at Macau and prepares to head off to New Zealand to finish off his most successful road racing season to date.

After setting a blistering lap during qualifying which saw him secure his first pole position at the 6.1km Guia Circuit, Peter was feeling confident and ready for race day.

Backed by Aspire Ho by Bathams Racing, Hickman and the Smiths Racing team made some minor adjustments to set up prior to lining up on the grid.

Rutter made a great start which put Peter in P2 off the line. The pair lead the pack and eventually started to break away. However on lap 3 the field was starting to look hungry and Hickman knew he had to make his move and increase the pace. As he came to Lisboa, he flicked the fast switch and took Rutter on the start finish straight. From here he made the race his own. Looking confident and comfortable in front, Peter pulled a gap of 1.2s on Rutter, with the field falling back from the Aspire Ho teammates.

On lap nine the race was red flagged for a crash involving Lincolnshire rider Phil Crowe and Ben Whylie. A result was declared on positions at eight laps distance with Hickman taking the winner from Rutter and Jessopp.

Peter Hickman: “Michael got a much better start than me which is usual as he is always good off the line. I was quite happy to just sit there and follow him to watch where he was strong and where he wasn’t. I could hear the Ducati behind me so realised Martin was fairly close so after the third lap I decided it was time to go and got my head down, passed Michael and began to pull a bit of a gap. After half distance he began to gain ground on me and was only 0.7s behind so thought I had better get my head down again and pull the gap back out again. I looked at the TV screen at Lisboa and saw that I had pulled away again but unfortunately the red flag came out. I really hope the boys involved are ok, which is the main thing to be honest. It is fantastic for myself, the Smiths Racing crew, (I had my usual team around me) and Aspire-Ho Bathams who are the sponsors for the team, to give them a win here is absolutely brilliant.”

Peter returns to the UK and heads to the Motorcycle Live show in Birmingham. Here he will announce his plans for 2019.