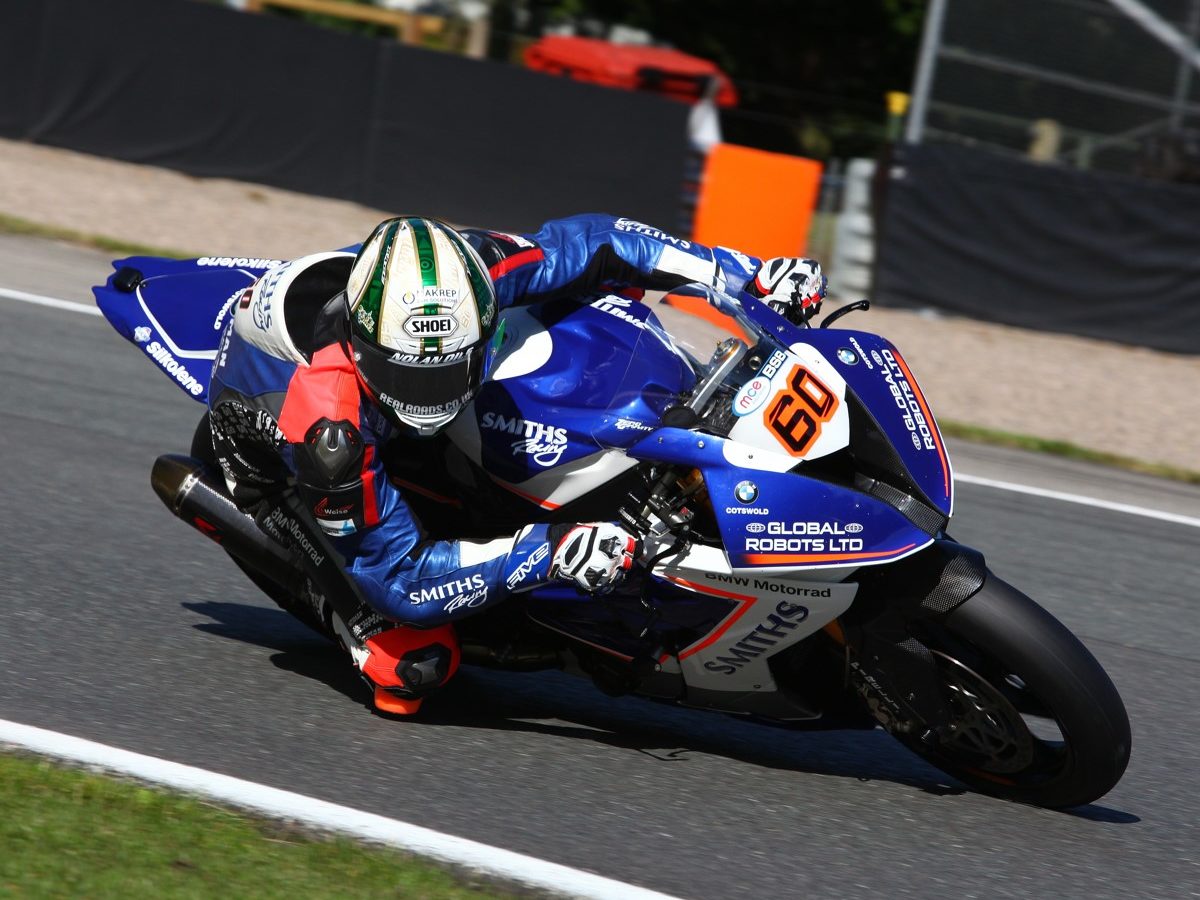 On his second visit of the season to the Cheshire circuit of Oulton Park, Louth rider Peter Hickman scored an eighth and fourth place in mixed weather conditions in the 10th round of the MCE British Superbike championship to maintain fifth place in the Showdown but edging nearer to the riders ahead of him.

Starting the first of two races on Sunday from a third row grid position in wet conditions Hicky started well to hold third place on the first two laps. He passed Josh Brookes on lap three to take up second place but then began to drop back down the order to fifth for the majority of the laps. He was struggling with rear tyre grip and as the race went into the final stages he fell back to ninth on lap 12. But the leader, Dan Linfoot suffered a blown engine and pulled out causing the red flag to end the race four laps early with Hickman being awarded eighth place.

Hicky began race two from the sixth row and it would be a huge task for him to get up on terms with the leaders. But he was fired up and needed the points so was quick out the blocks making up three places to 11th on the first lap. He was soon up to eighth place and following Shane Byrne for a few laps before Josh Brookes caught and passed him on lap nine. Latched on to the back of a four way battle for fifth place he soon dispatched James Ellison and Christian Iddon to take up seventh place and on lap 15 passed Byrne. One lap later he passed Jake Dixon and began to reel in Brookes passing him at Hall Bends on the final lap to secure fourth place. Although he was running faster than the top three he was just too far away from then and crossed the finish line in a strong fourth place to pick up a further 13 championship points.

Hicky said: “Free practice on Friday was really wet and I went out to do a few laps and was happy with the wet set up on the Smiths /racing BMW so didn’t go out in the warm up this morning as the track was completely wet. But then when we set off in the first race, I was good for the first couple of laps but after that I just had no rear grip. Looking at the data we realised why and we needed to push faster in free practice to learn a bit more. But that is my fault rather than anyone else so we had an average race one which put me such a long way back on the grid, 14th for the second race. When conditions are like that it’s hard to pass but I was a bit of a bully at the start and got my big elbows out and beat Shakey into the chicane on the first lap. It didn’t quite go right for me but I made some good places up before getting stuck behind Brookes and Shakey a bit too long later in the race and made a mistake trying to pass Laverty and let them both back through. But I felt so fast, nearly a second a lap faster than the leaders on the last couple of laps. If I could have got through a couple of laps earlier who knows what would have happened. The championship is still wide open and it was only Leon Haslam that pulled points on me in that race so although I am falling a bit behind to him I am gaining on everyone else so the championship is still wide open.”

Hickman is still fifth in the championship on 530 points but has pulled closer to the third and fourth place riders with two rounds – four races – remaining. The next round is at Assen in the Netherlands on October 1.