Points For Hickman After Tricky First Round 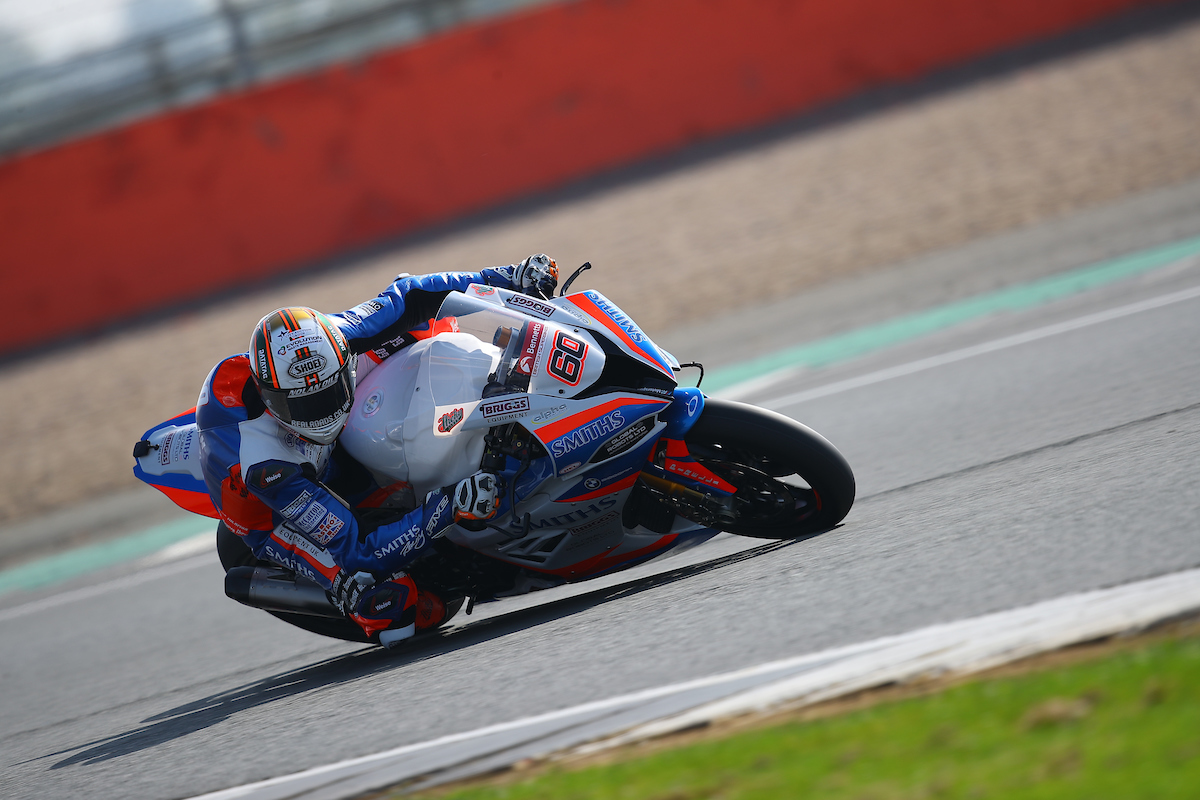 Peter Hickman and the Smiths Racing BMW team kicked off their 2019 season at this weekend’s opening round of the Bennett’s British Superbike Championship.

Less than 30 days ago, the Gloucestershire based, Smiths Racing team, took delivery of the new BMW S1000RR. The delays from Munich meant Peter had to sit out of all pre season testing and missed the Silverstone test day. A massive loss of track time meant Peter was on the back foot compared to his rivals. With only 3 practice sessions over the weekend, their was very limited time to find the right setting and left the Smiths BMW team with a lot of work to do.

During qualifying at the 1.64-mile National circuit, it became clear the times were extremely close. With just two seconds covering the entire field of 32 riders. Peter qualified in 21st but gained valuable insight into the bike, relaying vital information to the team who made more changes before the first race. With stunning, Easter bank holiday weather Hickman took to the grid on the 7th Row. He made a strong start which saw him complete lap one in P17. Battling with Ray, Peter made a few good passes and managed to complete the race in P14, earning 2 valuable points for the team, under difficult circumstances.

During race two, Smiths ran a different set up. Hickman, again, set off from the grid from the 7th row. Peter was unable to repeat the start he got in race one and he completed the first lap in P20. As the race developed Hickman was able to move through the pack taking position from his Smiths BMW team mate, James Ellison and eventually bringing it home in P14. This gave Peter 4 points on the board and, more importantly, vital data ahead of the Oulton Park test day and round 2 in three weeks time.

Peter Hickman: “It’s been a tough weekend, but it was never going to be easy with the bikes arriving late and we were hoping to fall on a setting that worked but didn’t! At the same time, we’ve come away with two points-scoring finishes from what was essentially a test weekend and the good thing is that we made progress and moved forward all weekend. We’ve learned loads and haven’t been a million miles away so I can’t complain too much and there are a lot of positives to take away. The potential is clearly there so we’ve got plenty to work with and build on so I’m confident we’ll be a lot stronger at round two.”Peter will now work with the Smiths BMW team to develop the bike and look to improve their season in the run up to the major International Road Races.