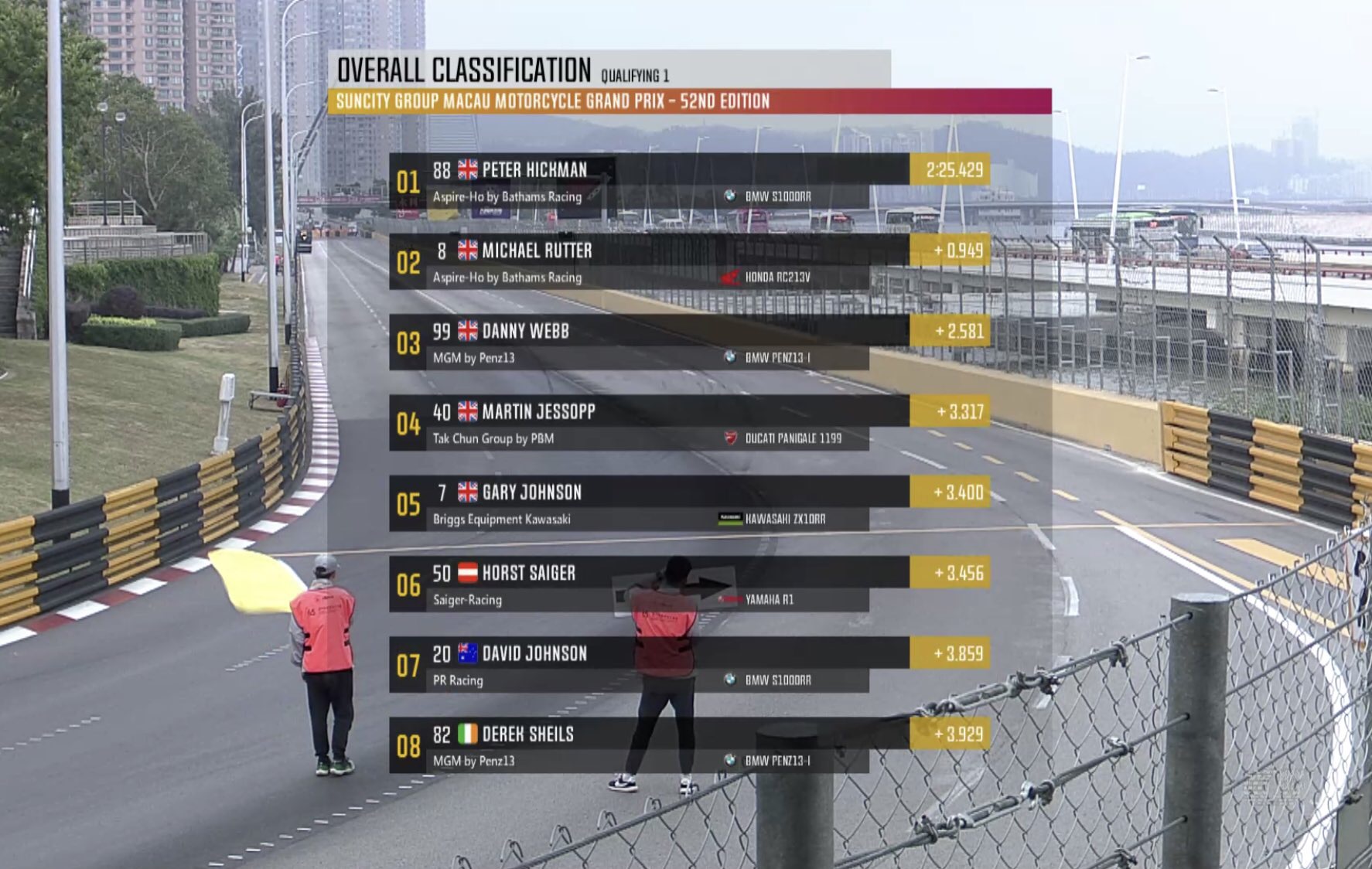 With two wins under his belt, Peter Hickman heads out for his 4th official race at the Macau GP with hopes of bringing home his third win.

Peter’s first taste of Macau was in 2014, however after his bike failed causing him to crash in practice, he was unable to take part in the race. Returning in 2015 he took his first ever Macau GP win, in 2016 he earned a second win at the 6.1KM Guia Circuit.

Riding under number 88, on his record-breaking Isle of Man Senior TT BMW S1000RR, Peter took to the streets of Macau at 23:30 UK time on Wednesday 14th of November. In the early part of the session, a fallen rider lead to a red flag which stopped the session for 10 minutes. Peter took to the track immediately on the restart however another incident caused a second red flag just 5 minutes later.

At 08:00 UK time the following day, Qualifying started steadily with Hickman, putting himself in P5. As the session went on the Louth-based motorcycle racer, set the timing screens purple in his last sector and went fastest with a 2:28.2

Looking confident it was Hickman, and fellow Aspire Ho rider Micheal Rutter who took control of the first qualifying session, swapping the top spot many times.

With 22 minutes left on the clock, Hickman regained P1, setting three purple sector times he raised the bar to 2:25.6 and returned to Smiths Racing in the pits.

His final outing on the Guia Circuit saw him light up the timing screens in every sector and he went on to take provisional pole position with a time of 2:25.429 ahead of Qualifying 2, set to take place at 23:30 UK time.

Peter Hickman: “It was a nice clean qualifying session, and Smiths Racing have given me a great set up here. The bike feels good, I feel good, and it was great to be duelling with my Aspire Ho / Bathams Racing teammate, Michael Rutter in the early parts of the session. We’ve both came here hoping to put the team on the top step, and we’ve made a strong start today.

Thanks to all the sponsors and fans following live. The support is mega, and it definitely helps drive me forward when I am racing so far away from home!”