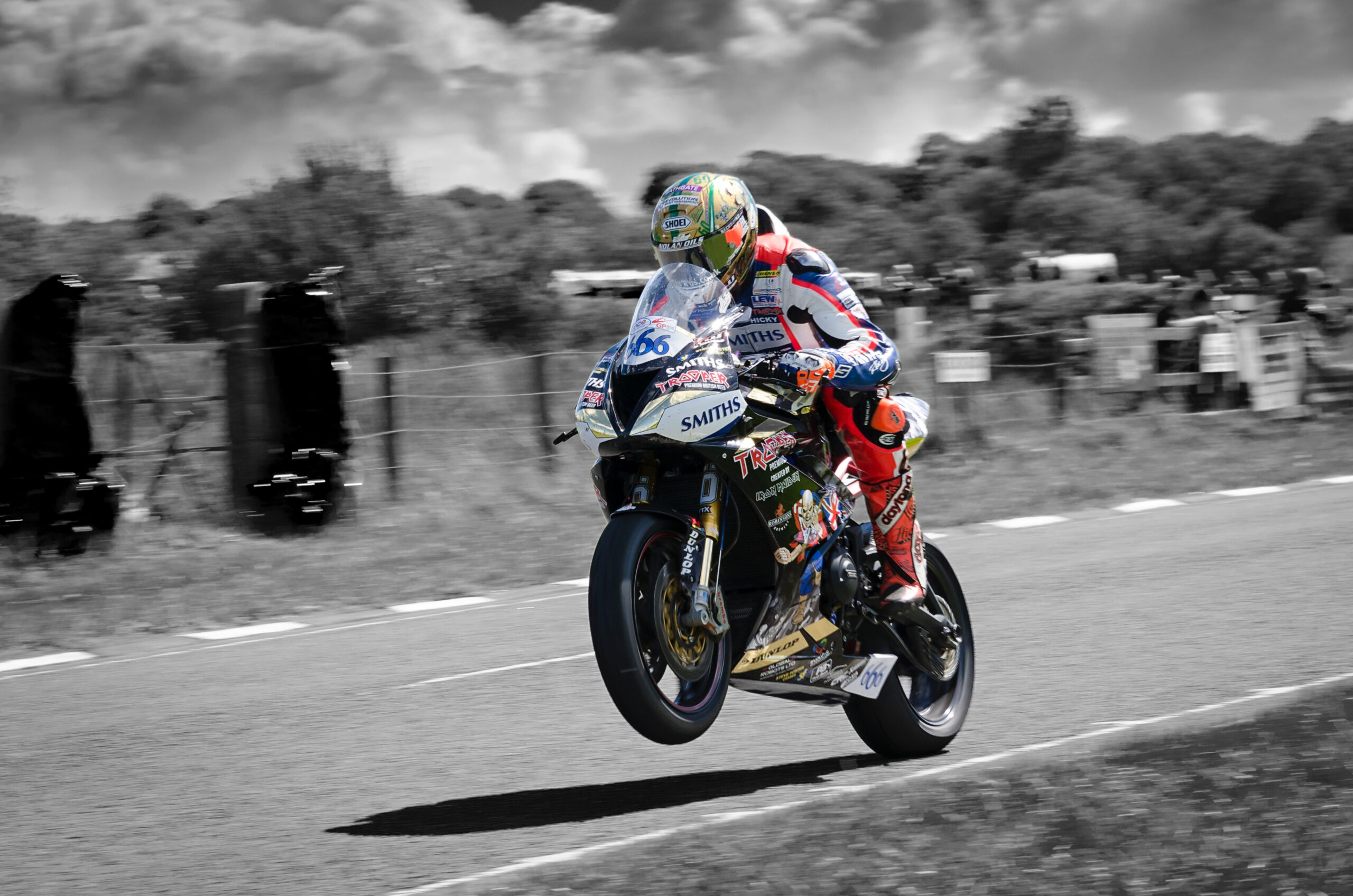 After a rollercoaster of emotions at Thruxton for Round Seven of the British Superbike Championship, Peter and the Smiths BMW team left for Ireland to take part in the Ulster Grand Prix.

The pressure was on after a phenomenal IOM TT, and Peter needed to maintain both his record and his reputation as being the top International Road Racer of 2018.

A friendly rivalry was born between Hicky and Dean Harrison, with Dean on solid form and battling hard with Peter for the Senior TT win; he had a score to settle at Dundrod. The media and fans all anticipated an incredible race meet and the scene was set for an exciting and edge of your seat Ulster Grand Prix.

Peter’s health slightly deteriorated after Thruxton and mid-week he found himself back in hospital having more treatment for his kidney infection. Thankfully by Thursday, the first race day, he was feeling a little more human and ready to attack the circuit.

Producing some fantastic times in the practice / Qualifying sessions, it was clear Hicky was going to have a great chance of retaining his title and taking a hat-trick of wins in the Superstock class.

Unfortunately, the weather didn’t play ball this year, and the first Supersport race was severely delayed. The riders were all divided after the sighting lap on which tyres to go for. It was too dry for wets but to wet for dry tyres. Some, such as Dean Harrison, opted to go out on a set of inters. Peter and Smiths chose a full set of dry tyres.

The race start was good, and Peter looked comfortable on the Smiths Trooper Triumph. However, as the miles went on it was clear Peter wasn’t happy with the track. While the rest of the field took a gamble and rode hard into the corners, Peter settled back into 5th position and remained there until the chequered flag.

Unfortunately with the terrible weather conditions and the fading light the decision was made to scrap the first Superbike race of the meet.

Saturday was set to be a brighter day with a decent amount of sun and relatively good temperatures. The first race billed was the Superstock. Top step on the podium would have given Peter 3 Superstock wins from 3 main road racing meets (The Northwest, IOM TT and Ulster GP.) Feeling better than he had all week, he was confident he had a good bike set up and was fit enough to claim victory.

Taking a good start, it was evident the anticipated battle between Hickman and Harrison was going to be a good one. The duo swapped places over the first couple of laps with Peter leading for a good section of the race. As they entered lap 3, Harrison came past Hickman and led the way until the start of lap 4. As they crossed the line, Hickman took the slipstream and powered past, leading the two through the later stages of the race and starting to make a break on Harrison. Unfortunately, an incident on track saw the red flags come out and the results declared. Due to Harrison being in the lead at the start of the lap, he was given the win and Peter had to settle for second place.

Peter Hickman: “I didn’t want to lead Dean the whole way round, so I sat back for a while and followed his lines. It was a tactical move because showing Dean my lines around the circuit would give him time to learn where it is I make up time. As we went into the late stages of the race I knew I was fast and was confident I could make the break and take the win, so I started to ride my own lines, and as we crossed the line into the 4th or 5th lap, I went past him. From there I felt confident I had the win. The red flags came out, and regardless of my lead at that point, the race result was declared and I took P2. Of course, results don’t matter in a situation like this. All that matters right now is the riders involved in the accident and hoping everyone is ok.”

For race two Peter was to take the Smiths Racing Trooper Triumph back out in the Supersport class. This is a class Peter will happily announce, isn’t his strongest. He prefers the big bikes. After a reasonable start, Peter was down in P7 from his P3 on the grid. However, by the first corner, he’d clawed his way back into P3 and followed Mclean and Harrison as they battled for the lead. Noting that Harrison was having trouble passing Mclean, Peter made a bold move and managed to pass them both. From here he managed to break away, and the rest of the race was a masterclass in road racing from the Louth born rider. Crossing the line with a substantial margin, Peter claimed his third consecutive Ulster GP Supersport win.

Peter Hickman: “After the Superstock race I just wanted to make the break and win. I could see there was an issue with Dean passing Adam, so I took advantage of that and it paid off. The Trooper Triumph is a mega bike, it’s not my best class, but Smiths Racing have put together an amazing machine, I can’t find fault with her. It was a great race, I’m pleased to take the win and now all focus is on the Superbike race.”

With the weather closing in and a dampness in the air, the fans were keen to get the first Superbike race underway. There was tension around the whole track and hope amongst the paddock that the rain would stay away so the Superbikes could run the full distance.

Sadly it was a challenging race as the action was cut short twice. With Peter in the lead, Davey Todd took a fall at Deer’s Leap which resulted in a red flag. Thankfully Davey suffered suspected fractures but walked away from the scene. The race was restarted, and with Peter retaking the lead we looked set for a fantastic Superbike victory. Sadly, after a couple of laps, the red flags were out and the Superbike race was eventually cancelled. It was later decided to declare the results which gave Peter the victory and his second race win at this year’s Ulster GP.

The decision was made after the Ultra Lightweight race to end all racing for the day and thus bring the Ulster GP to an early finish.

A final celebration for Hickman and the team came when he lifted the Darran Lindsay memorial trophy for the second year running.

Peter walks away from a hugely successful International Road Racing season and returns to the British Superbike Championship at his home circuit Cadwell Park, with the aim of putting his name in showdown contention for the second year in a row. With just 7 points separating him from 6th in the championship, and two of his strongest tracks ahead, he is confident he can turn a hard BSB season around and fight it out in the Showdown.