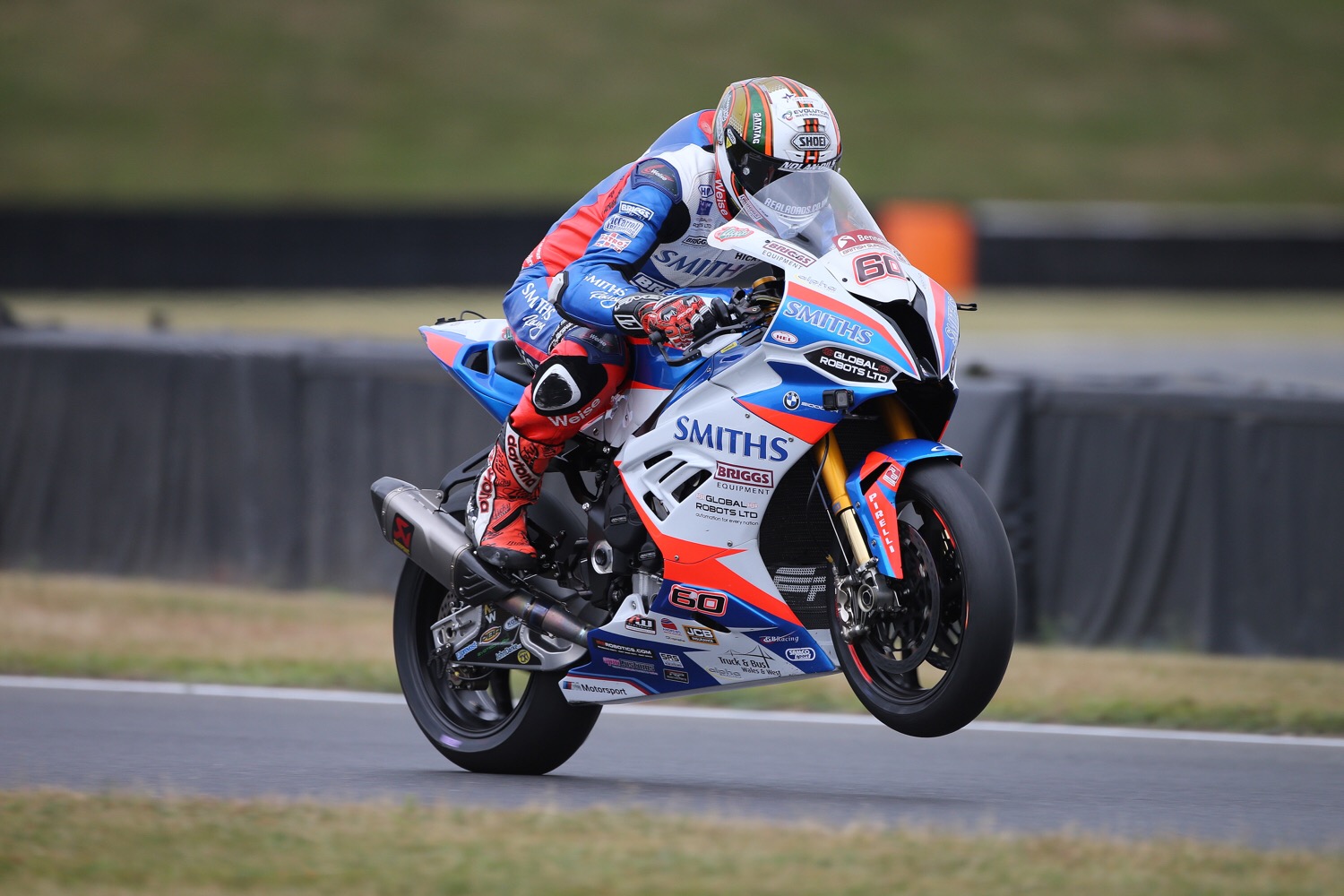 Despite a rare crash for Hickman during qualifying Louth rider Peter Hickman powered through to take a strong seventh place in race one, following up with a fifth in the second encounter in round six of the British Superbike championship at Snetterton in Norfolk on Sunday.

Things had been going very well for Hickman in the three free practice sessions where he was never out of the top three. But although he safely made it through to the final stage of qualifying he then made an error and rode over the kerb onto the grass with the Smiths Racing BMW spitting him off onto the tarmac. The session was red flagged to allow the marshals to retrieve the bike from the middle of the track and the session continued with three minutes left to secure grid positions for the first race. Despite some hard work by the Smiths Racing Hickman could not get out until the last couple of minutes of the session and was unable to register a fast time so had to start the first race from the third row in ninth position.

He said: “It was a daft mistake by myself yesterday in qualifying; I just dropped off the edge of the track and highsided out of the last corner. It was my first crash for 12 months so not a bad record I guess! The good news is we’re fast, bring on the races today Smiths Racing BMW is awesome as usual.”

Hickman didn’t get the best of starts in the first race and spent the first few laps circulating in 10th place before making steady progress forward. He passed Dan Linfoot on lap six and then inherited eighth place when Tommy Bridewell crashed and spent the rest of the race reeling in Luke Mossey some way ahead. He finally caught and passed him on the last lap to snatch seventh place at the flag.

Starting the second race from the fourth row Hickman made up three places on the first lap to eighth position. When Jason O’Halloran crashed ahead of him he was promoted to seventh place and spent the next six laps battling with Christian Iddon for sixth, finally making his pass stick on lap 10 of 16. One lap later he was up to fifth place when Tarran Mackenzie crashed out of fourth place. Hickman then had his sights firmly fixed on Andy Irwin by sadly ran out of time to make a pass and crossed the finish line in a strong fifth place to pick up 11 championship points.

Hickman said: “Overall, it’s been a strong weekend and after being in the top three for most of practice, it was a real shame I made a small mistake in qualifying as it cost me a second row start at least. We’re still having an issue with getting the bike stopped and we’re still running a stock engine so it was hard going in both races and although seventh in race one was a good effort, I knew I could improve upon it in race two. I was further back on the grid, but I made a good start and am really pleased to have finished fifth and also close in a little bit on Fores in sixth. Snetterton has never been one of my best circuits but the next two rounds are Thruxton and Cadwell, places I really enjoy and go well at so I’m looking to take full advantage and claw back the deficit I currently have.”

Hickman remains in seventh place in the overall standings but has made up ground towards Xavi Fores who holds sixth position.

The next round is at Thruxton on August 2/4