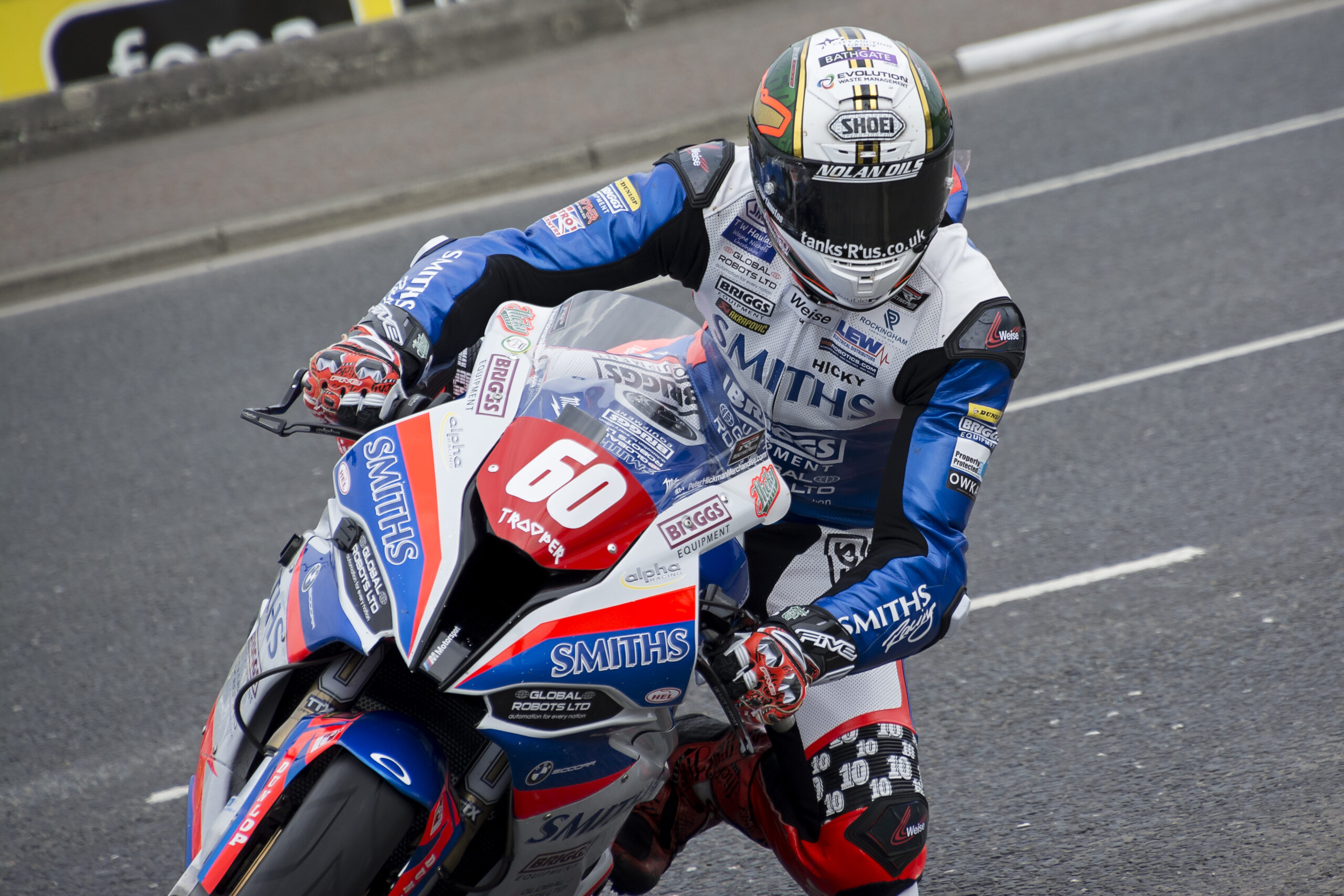 Peter Hickman delivered a masterclass in road racing at the 2019 opening Superstock race in Northern Ireland on Thursday. Taking victory for the second year in a row.

The International North West 200 opened it’s practice sessions under glorious conditions and the Louth based rider shone as he rode to pole position in qualifying. His fastest lap just shy of the existing lap record.

There was tension on the Superstock grid as Hickman’s Smiths Racing BMW S1000RR sat on P1, without a rider, and the rest of the field ready and waiting to run. In the Supersport race Hickman had suffered a stone through the radiator of the K2 Trooper Triumph and was left waiting to be collected and returned to the start line. Jumping straight onto his bike, he set off on the warm up lap.

Glen Irwin managed to jump him on the start. However at York Roundabout, Hickman slipped past and took the lead on the run down to University. Over the 6 laps, he managed to pull clear and the rest of the field couldn’t reel him back. He crossed the line to take the win, ahead of Glenn Irwin and Michael Dunlop.

Sunday’s racing saw a 6 hour delay to the opening Supersport race and three restarts due to bad conditions. Hickman and Smiths Racing took the decision that the conditions were too dangerous and retired from race one. With the weather clearing slightly in the afternoon, Smiths decided to test the track for the Superstock race. The team made the decision if the track wasn’t suitable for dry tyres they wouldn’t race.

Hickman completed one lap on dry tyres and decided the conditions weren’t fit for the Smiths Racing team or himself. He withdrew from the days racing in preparation for the British Superbike Championship and Isle of Man TT.

Hickman “It’s been a week of highs and lows. I  was disappointed after the Supersport race when we had a stone go through the radiator as I felt I had the pace to finish on the podium. The Superstock win more than made up for that. The bike hadn’t turned a wheel before Tuesday so I’ve had no time on the bike so to take a win first time out is full credit to BMW and the Smiths Racing team. The boys tried to keep me at bay initially but I soon got to the front and from that moment on, I just put my head down and tried to get away. I felt really strong along the coast road and once I’d managed to break away, I managed the race from there. It’s a good sign for the TT races and I am happy.  Unfortunately, on Saturday, myself and the Smiths Racing team decided to call it a day. To say I’m disappointed is an understatement but I tried. I made the first 2 starts for the Supersport race but after 3 separate incidents at the same corner and witnessing 2 near incidents right in front of me at that very same corner again we felt on safety grounds that it’s just too risky. We went out for the Superstock race as the track had dried a lot but after one lap I felt the conditions weren’t safe enough after having a few moments. It’s a real shame but safety is the most important for us all. I’m sorry to all the fans out there, I wanted to put on a good show for you but it’s just not possible today. I hope you all understand our decision”

Hickman now heads to Donington Park where he will contest three races at round three of the 2019 British Superbike championship this weekend.