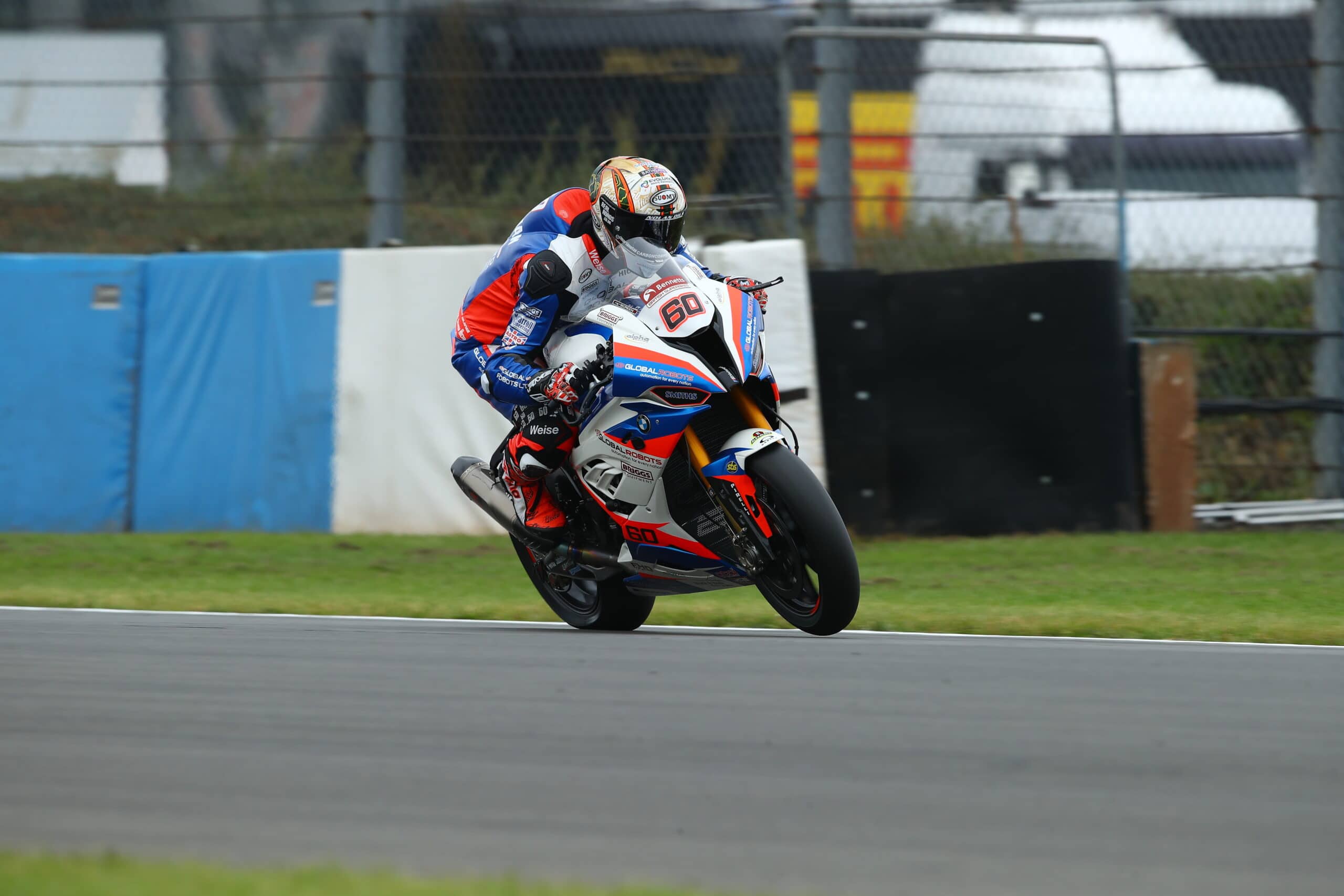 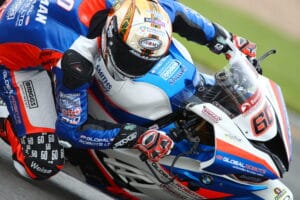 It was a weather affected weekend at Donington Park for the penultimate Bennetts British Superbike Championship encounter, as bad luck plagued the world’s fastest road racer, Peter Hickman during the record-breaking three Superbike races on Sunday.

After making improvements at the previous round, Hicky and the Global Robots BMW Team by Smiths Racing squad were looking to replicate that when the series returned to Donington Park. However it was a tough opening day of practice, with FP1 seeing the Superbike star tumble out before setting a fast lap whilst the wet second session saw the team go the wrong way with a wet weather setting.

Despite hoping to make amends on Saturday, Storm Alex had different ideas. With heavy rain and strong winds battering the circuit, racing for the day was abandoned, seeing three races scheduled for Sunday, the first time in Bennetts British Superbike Championship history.

With confidence high following a fourth in damp morning warm up, the world’s fastest road racer started the opening race from 15th on the grid (with times having been taken from opening practice). Starting on a damp but quickly drying track, Hicky, like much of the field, opted for full wets and was able to get a great start, immediately jumping up to 11th. Entering a race long battle with Mossey, Farmer and O’Halloran, Hicky eventually took the flag in 12th.

Race 2 saw the BMW rider enjoy a much better starting position in 10th. Unfortunately despite a strong start an incident coming out of the Melbourne Loop on the opening lap saw Hicky tumble out of contention. This left him starting 16th for the third and final race of the day. Seeing his customary good start, Hicky was able to immediately pick off a few riders, climbing up to 11th by the end of the race.

“Obviously it wasn’t a great weekend and it didn’t help me falling off Friday. We’ve been struggling for grip and it caught me out but really hindered our progress as there was no qualifying so we had a poor grid position.

The first race was wet but drying and I made the wrong tyre choice, not the team. Somehow I managed to get a decent lap to give me a good grid position for race two.

I made a good start and was feeling comfortable but then I got taken out by another rider coming out the Melbourne loop and I didn’t even set a lap time for race three! So all in all we’ve been on the back foot all weekend!”