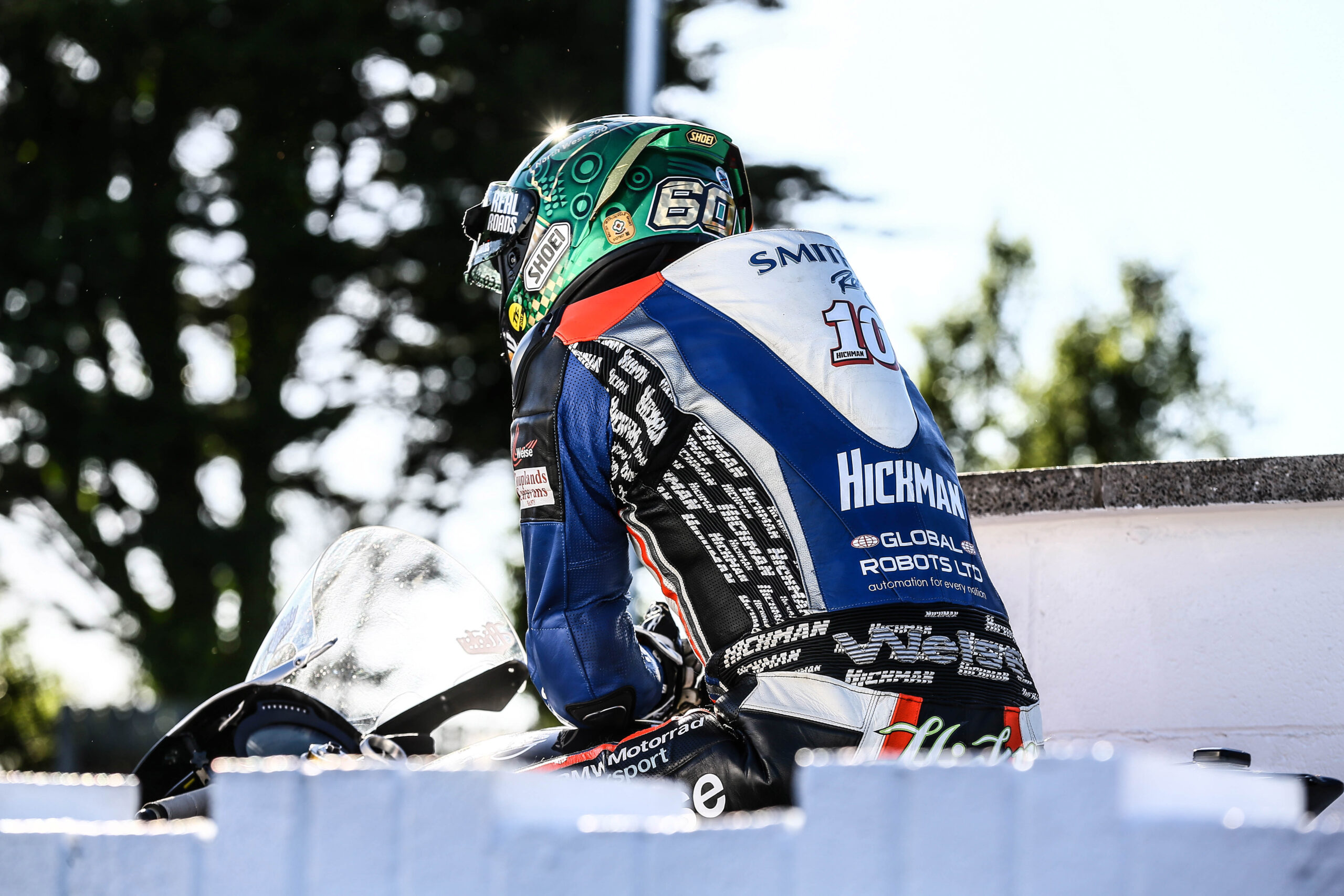 Poor Peter is being refused quite a lot of things lately.

First, he was rudely expunged from the Supersport races at the North West 200, which denied fans the first chance to see this year’s Trooper Triumph in action, and now he’s been well and truly repudiated by FlyBe from his flight to the Isle of Man TT.

Their loss is our gain, as we got to have a quick chat with him re the legendary road race and decided what better time to post it than right now? Giving Pete something to read as he waits for his next flight!

Peter, what has happened?

Well, I was waiting for Peter C to come through security as he was held up by some people who aren’t aware of the liquid on a flight rule. The rest of our group jumped on the plane and when we got to the gate, 30 seconds late, we were refused entry. It was a bit annoying because we went off to book onto a later flight and when we got back the plane was still sitting on the tarmac after a twenty five minute delay! That’s just the way it goes sometimes.

This is your 5th year at the IOM TT. You still hold the record for fastest ever newcomer and are the 4th fastest rider ever. Do you have a favourite part of the circuit? And if so, what is it?

As you can imagine I get asked this a lot. I have one answer. Without a doubt, my favourite part of the IOM TT begins at the Start line and ends at the finish line. Every meter of it is my favourite. It’s mega.

So what is the scariest part?

There is a corner at the bottom of Barregarrow. It’s one of the few corners on the track you can actually see coming, and you have time to think about. It’s intense as you go round it, you are in 5th gear. It’s high speed. The bike rattles and shakes and you are never really sure what it is going to do. The bike comes off the floor, and it’s really bumpy on the exit, so quite often you will get thrown into a tank slapper. Not what you want. The only thing that is predictable about that corner is that it’s unpredictable.

How long do you get to think about it?

A whole two seconds. But in TT time, that is a long time.

When you aren’t racing or doing interviews, what do you do?

There isn’t loads of free time during the TT fortnight. There is always something to do. But wherever I can, I like to chill. I enjoy taking riders for laps of the circuit to help them learn it, and I also love to take sponsors round in a car too.

What is your proudest moment at the IOM TT?

Without a doubt, it was last year. Getting five podiums in race week. It was mega to see Smiths Racing get the credit they deserved for all the hard work, dedication and time they put into the whole year. There is a massive team that you don’t get to see and many who can’t make it to the race fortnight. Every one of them is responsible for our successes.

Now, I’m not sure if this is an actual fact, but someone did say to me that I am the only rider, apart from Hutchy’s incredible five wins in a race week, to do five podiums. I would love to know if that’s true. But yeah, last year. Proudest moment for sure.

What is your favourite bike to ride? Superbike, Superstock, Supersport or Supertwin?

I’m pretty lucky because I love all the bikes I ride. The Trooper Triumph is epic, and Ryan Farquhar has got an awesome twin for me so I can’t wait to get out on that. However, there is a favourite.

Beryl. Because she is absolutely crazy. Unpredictable, twitchy, hard to keep hold of. She’s insane.

So that’s a win for the superbike then?

Yes. There is absolutely nothing that compares to the feeling you get when you ride the superbike. It’s just silly. But when everything is right on the bike and Smiths BMW have given me the perfect set up, you can ride to the absolute limit. I can’t imagine there is much better.

So that’s it for a quick chat with Peter. We’ll leave him to the long wait at Manchester airport and hope he manages to arrive on the Isle of Man at some point later this afternoon!