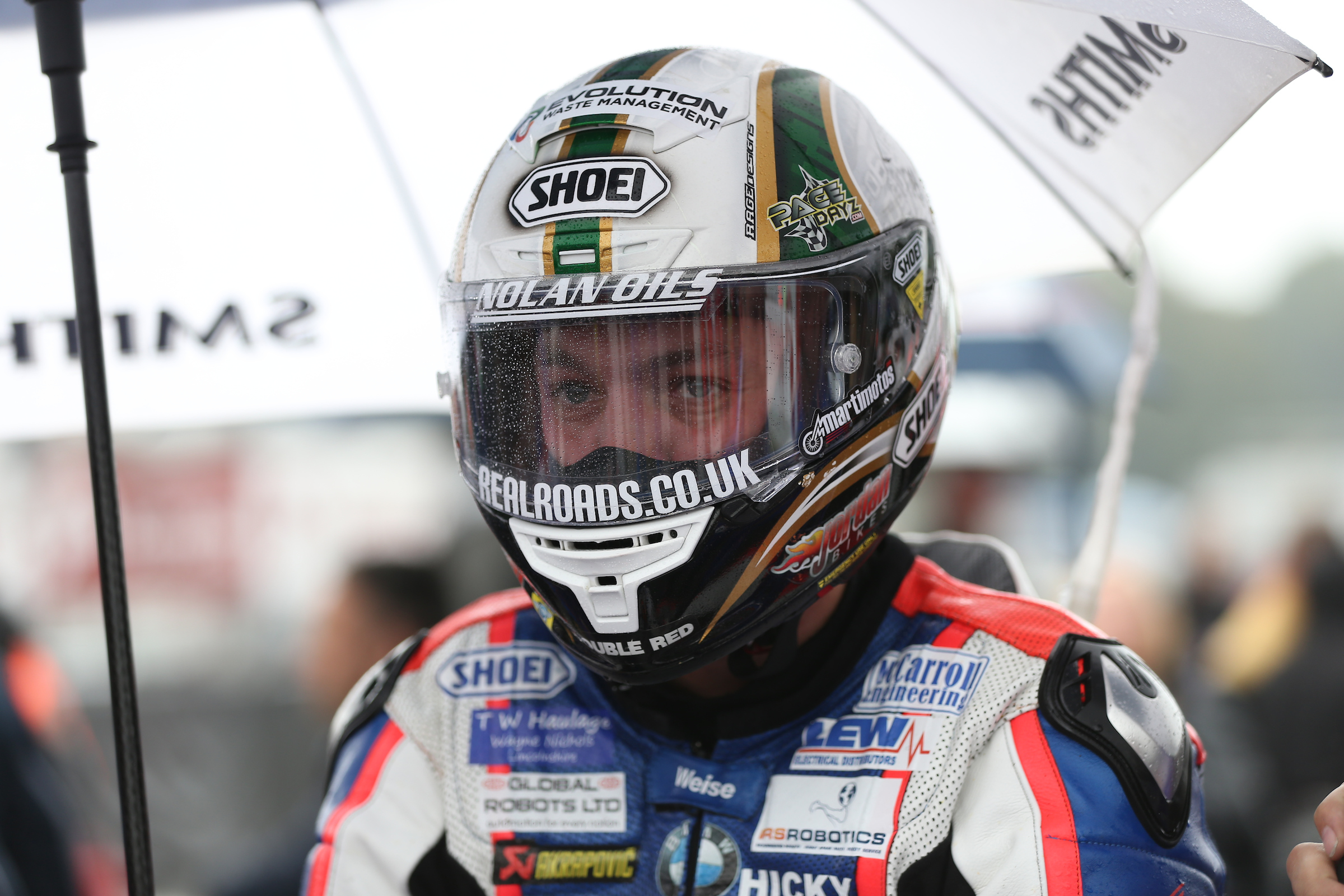 Peter Hickman and Smiths Racing battle hard in mixed weather conditions to get their showdown campaign off to a healthy start.

After a challenging round at Silverstone and a hard week of work for the team, the Smiths Racing BMW S1000RR was still playing up. Suffering from more electrical issues and with damp conditions, Peter managed to secure a fourth row start in race one of the Bennett’s British Superbike Championship.

Sunday morning saw heavy rain cause havoc to the schedule however after a short delay; the grid was set. Moments before lights out, Glenn Irwin raised his hand with an issue, and the start was halted. Riders were then given two more warm up laps and the race reduced to 16 laps.

Hickman made a cautious start from his midfield position. The terrible conditions were giving poor visibility to all riders. Peter held on to his position until lap ten where he moved up into P8 and remained until the chequered flag. With a lot of drama in the race, Peter finished ahead of 3 of his showdown contenders.

The afternoon saw brighter weather and a dry line emerged on the circuit. After a steady start, Peter settled for P14 and let the pack settle before starting his fight for points. An exciting battle with his road racing rival, Dean Harrison, eventually saw Peter climb through the field. On lap eight he passed Linfoot, and two laps later he took Ellison. Keeping his head down and nursing throttle issues, he finished the race in P8.

Scoring 16 points, Peter remains in 6th for the championship but reduces the gap to Ray to just 4 points.

Peter Hickman: “What a tough weekend. The bike isn’t good at the moment. We can see what the problem is from data and my feedback, but we can’t find the cause. The main issue is the throttle. It’s surging which means at points I feel like I’m running on three cylinders.

On a positive note, we found a good wet setting which meant I could still be competitive. Although 8th isn’t where I need to be, it was a good result for me, with the conditions and considering all the struggles we’ve had.

Smiths Racing has pulled out all the stops this weekend and, as usual, worked tirelessly to fix the problem. They have been mega, and I can’t thank them enough. We know we have the pace, and in race 2 I was faster than Dixon, but by that point, I was too far back to make it count.”

Hickman now heads to Assen in the Netherlands on the 28 – 30th September. With 150 points up for grabs, Peter sits just 14 points from third place in the overall championship. Everything is still to play for.